On Friday night, we went to Jack's newly renovated kitchen in Arlington to play poker and sample home-brewed beer. Kathy came in first, followed by Kristy, and I clocked in at fifth place (which becomes first place after artificially weighting the score because of my minority status).

I finished watching the second season of Heroes on Saturday, which wasn't nearly as bad as the reviews would indicate, although the Maya storyline got old very quickly and could have been discarded. David Anders was a great guest star, but the only thing I could think of in Kristen Bell's scenes was "Veronica Mars can shoot lightning bolts from her hands!" 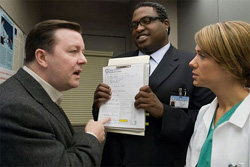 The dinner choice on Saturday night was Big Bowl in the Reston Town Center where I had calamari and a (suitably big) bowl of chicken dumpling soup. We then went to the theatre to watch Ghost Town which was highly amusing. Ricky Gervais doesn't fall on the short list of expected lead actors in a romantic comedy, but he definitely makes this one worth watching. 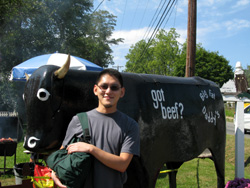 On Sunday, we drove farther out into the wilderness of Virginia to attend the Bluemont Fair, where a $10 entrance fee got us access to a wine tasting and the fair at large (complete with llamas). We discovered a dessert wine that didn't suck, and ate fried Oreos near the goat pen. 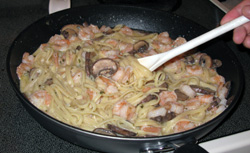 What did you on the last weekend of summer?

Officials to pave over groovy road

Brother says he was stabbed over a Hot Pocket

Voting Republican may be a survival response