Spies get social network as CIA, FBI promote their version of Facebook

At long last, US intelligence agencies have created a new system of sharing their information with one another to prevent another terrorist attack. And it's a lot like Facebook.

Developers were quick to point out that their network would be based on the useful "classic" Facebook, and not the usability-inhibited patchwork of coloured squares and advertisements pinked together to form the New Facebook, which many users still have difficulty accepting as canon (see also, New Coke and The New Testament). 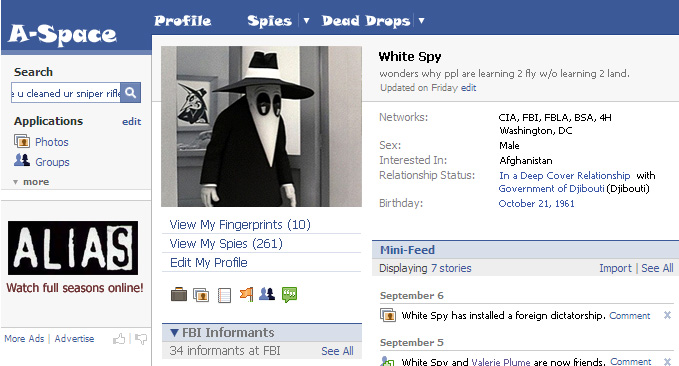 Not to be left out of the social networking action, the FBI, CIA and the other 14 U.S. intelligence agencies are getting a new site called A-Space designed specifically for spying, CNN reported.

When asked why the name, A-Space, was chosen over the more obvious "Spyspace", the assistant deputy director reasoned, "We're opting for security through obscurity -- terrorists are more likely to stumble upon spyspace.com when they're stealing secrets. And, I'm pretty sure those foreign keyboards don't have a hyphen."

"It's every bit Facebook and YouTube for spies, but it's much, much more," said Michael Wertheimer, assistant deputy director of national intelligence for analysis. "It's a place where not only spies can meet but share data they've never been able to share before," Wertheimer said.

This sudden openness seems to run counter to the creed of spies, which was recently put to verse in a Zutons song. Wertheimer concedes that secrets are for keeping and if you tell them, they lose their meaning, but recognizes that spies need to collaborate more than they currently do. 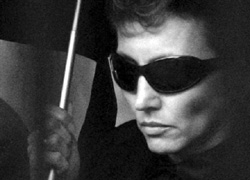 "This is going to give them for the first time a chance to think out loud, think in public amongst their peers, under the protection of an A-Space umbrella."

When asked for comment, John Ramsey, father of JonBen?t Ramsey, said that an umbrella of protection would be far more useful than an umbrella of suspicion, but that he would stick with his existing $2.99 Wal-Mart umbrella. "I can do all sorts of things underneath it, even when it's raining."

The site's goal is to combine all the intelligence agencies date in a single place so a crucial piece of information isn't ignored, like the pre-9/11 email from an FBI agent warning of people learning to fly airplanes but not learning to land them. 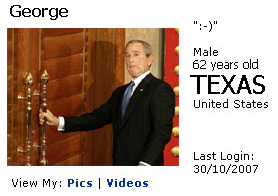 Users will also be able to stream their favourite tapes from NSA-monitored phone calls so they begin playing immediately when the page loads, and every new profile will start with one automatic friend so users don't feel so alone and overwhelmed at first.

Government officials left out the details on how the site would be protected, though they did describe a "mechanism" called MasterCard, which will find suspicious behavior from users and report it to system administrators.

Initial tests of the MasterCard system showed poor results -- because the user base consists wholly of spies, it was near impossible correlate suspicious behavior with unauthorized access by terrorists. Developers say they have corrected these problems and planned to release a new security system soon called Visa: any user who has a visa is obviously not a US citizen, and will be booted from the site.

Man run over by former child star in Payson