It's a peculiarity of my personality that I generally will pick the longer CD over the shorter, possibly better one. It's a throwback from the days when I had to make every CD purchase count, and the CD player only held one disc at a time. Subconsciously I must believe that there's a higher chance of finding good music if there's more to choose from. The same applies to musical groups -- if I find a group I really like, I'll collect as much of their discography as possible (see also, the complete works of the Hi-Lo's and twenty-odd CDs of the Stan Kenton Orchestra). There aren't many groups that I like well enough to justify shelling out the $15 per CD when I could be using that money to pay one third of the cable bill so I can watch commercials about feeding starving children in Africa for pennies a day, but the Cardigans has become one of them.

There's no single element of their music that propels the group higher than any other, but the combination of Nina Persson's breathy vocals, the jazz harmonies and intentional kitsch, and the tightly structured form of each song really makes the music noteworthy. They've released five major albums in over a decade, and the music has aged organically. Though you can tell each one was done by the same group, you can also tell that they didn't just repeat the same formula over and over to sing themselves a new swimming pool.

Here are capsule reviews and samples from each album. Even if you hate one album, you might be surprised by another:

In a nutshell: Catchy yet forgettable, pure whimsical fun, interesting harmonies and instrumentation. The perfect CD to play on the way to the hippie commune, or while driving through the countryside.

What you'll like: Even though she was just an amateur at the time, Nina's vocals and lyrics soar effortless above the accompaniment with a maudlin innocence.

Not so much: One track fails completely, and a couple are just a little too repetitive -- but then again, it's the exact style they were mimicking/satirizing.

In a nutshell: The music of Life made mainstream. Where the first album was whimsical, this one is off-kilter. Strange lyrics, more groovy beats, and a refinement of all the elements from earlier music, as if to say, "Hey, we know what we're doing now!"

What you'll like: More of the songs on this album, like Lovefool which everyone knows, will get stuck in your head. Nina's voice is still perfect.

Not so much: Yet again, one song is just uninviting, and the packaging of the CD looks like it was fed through a Xerox machine from the 80s. 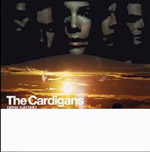 In a nutshell: An experiment in electronics, isolation, and desolation. The familiar forms and instruments are abandoned for sparse hollow drum tracks and synth pads. The lyrics of the Cardigans have always been an eclectic mix of sentimental, overly happy, wistful, and despondent, and these lyrics sway towards the pensive end of the pendulum. It's as if they're saying, "We can do more than bubble gum pop."

What you'll like: Even in the coldest sets, there's a signature warmth to the sound which keeps the album from being the soundtrack for a suicide. The perfect CD to listen to when you're just "in one of those moods".

Not so much: You really have to be in the mood to enjoy this one. However, the mood they strived to create is perfect. 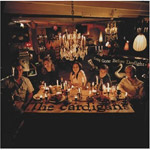 In a nutshell: The country ballad album. The electronics are mostly abandoned for a more acoustic, organic instrumentation. The lyrics may still be pensive, but the arrangements and album as a whole are warm and optimistic. I really don't listen to much country and bluegrass music, but I can listen to this one indefinitely.

What you'll like: The ease that the Swedish lead singer can mimick Jason Chrisley's twang just enough to feel natural without being a Nashville wannabe. For What It's Worth is a great single on its own, and one of my new favourite songs of the past year.

Not so much: Like any CD composed mostly of ballads, it tends to drag a bit, especially towards the end. 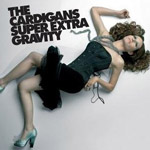 In a nutshell: There's nothing really special about this album. It's as good as any other band out there, but doesn't feel like a worthy follow-up to the first four. The style is more straightforward rock-oriented, without many special effects, gimmicks, or tricks of acoustics.

What you'll like: There are two or three songs which really shine, but they can't support the other eight songs on the album.

Not so much: A decade of singing can wear down anyone's vocal cords, and you can tell here that her range has dropped dramatically. There's also an annoying quaver to her timbre, similar to Michael Ball in Aspects of Love ten years after being Marius in Les Miserables. It's still a great voice -- it's just not as unique as it once was. One of the songs has the words "so clap your hands" followed by a drum kit clap sound that's even too cheesy for the Cardigans.

Man arrested for stealing own car