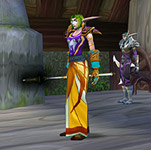 My rare case of pneumociatic triclociglucosis lingered throughout the weekend, effectively nullifying any productive plans I'd made. There's only so many times you can clean your house or mow your drought-afflicted lawn, so I spent most of the time on Friday and Saturday sleeping, playing games, and watching Prison Break (which was great, but had a rather crappy ending which set up the forthcoming season -- why can't shows just end?) On Sunday I went to work for most of the day, catching up on parts of my job that are more effectively done onsite than from home. By yesterday evening, most of my cold had gone away so hopefully this week won't just be a wash. 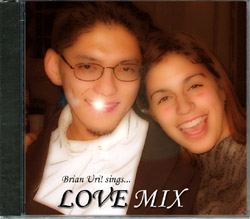 One side effect of being sick is that my normally deep, seductive voice is now twice as deep and 4.8 times as seductive. I didn't notice this until Friday night when I was ordering a pizza and the order taker tried to give me her phone number (I politely declined because it was already on the Pizza Hut magnet with the coupons). In an effort to take full advantage of this Barry White condition while it lasts, I'll be releasing a CD of sexy hook-up music which thematically revolves around my illness. It will feature such hits as "After the Lump Has Gone", "Esophageal Healing", "(Once, Twice) Three Times Daily", and "If You Don't Blow Me By Now (You Will Never Never Never Blow Me)" sung from the perspective of a runny nose. Look for it in Target soon!

For me, the worst part of colds isn't the sore throat, or even the random organic expulsions from various facial orifices. The worst part is when your ears are pressurized and you can't pop them no matter how hard you try. Sometimes you'll get lucky and relieve the pressure in one ear using the old "plug your nose and blow" airplane method, and then you have to make a choice: live with partial relief, or take the risk and try to clear the other one too. It's a dangerous lottery -- the odds are quite high that you'll not only fail to clear the other ear, but also end up screwing up the fixed one and fall back to square one.

Cows moo with an accent

Man drops his iPod in the toilet and becomes a terrorist