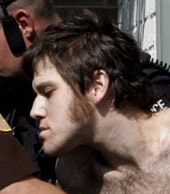 A dangerous escaped convict holed up near the campus of Virginia Tech yesterday, forcing campus officials to cancel all classes on the first day of school, disappointing thousands of bright-eyed freshmen who actually expected to get something out of the first day of class other than a mimeographed syllabus and a disinterested professor.

According to reports by the locals, the man was completely naked, with an impressive set of lamb-chops adorning each side of his face, and vaguely resembled Jake Gyllenhaal in his role of "Teenage Yeti". Police disagreed with these reports, saying that he wore a tie-dyed shirt and khakis and they feared he would blend in with students on campus. 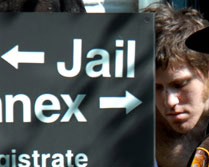 Apparently the campus has now been overrun with dirty hippies who have infiltrated buildings other than the old Drama Building and send organized crime / communist messages throughout the populace with Hackey Sack Morse code.

Luckily, the suspect was apprehended during the afternoon without further incident. As punishment, he was made to stand next to a sign for a collection of Alphabet Flash Cards (although this reporter is not quite sure how he ties into the term, "Kleenex"). 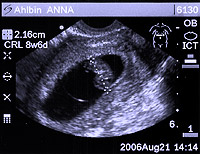 The North American Aerospace Defense Command detected unusual activity yesterday when a small unidentified peanut-like organism appeared on several of its radars. The creature seems to be a humanoid (meaning it will drop either [Silk Cloth] or [Wool Cloth] when pickpocketed) and even did a short ceremonial dance when it realized there were observers. Senior scientists were quick to note the similarity to the familiar seahorse, but

caution the public against presuming anything so soon. NORAD predicts the life form will enter the Earth's atmosphere on March 27, 2007 which, coincidentally, is also the birthdate of Mariah Carey, Quentin Tarantino, Randall Cunningham, and the actress who played "Baby" in Dirty Dancing. Nobody puts Baby on the radar.

Help our cat or we'll shoot this fireman

Attack of the Mannequins