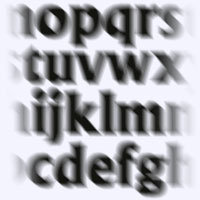 People will say that I blatantly stole this post from Sam

and history is mostly infallible. I say "mostly" because I invented the Latin alphabet itself too, but being a minority, the Man took credit away from me for that. This is also the reason no modern pianos have the note, J-flat, even though it's featured prominently in many of my compositions.

Accent: I would love to claim that I have a pure unadulterated Northern Virginian yuppy accent, except that yesterday the phrase "Nuttin' wrong wi' that." popped up in conversation, out of the blue, like the hidden prize in my Cracker Jack vocabulary.

Booze: Dark beers and white wines. Mixed drinks are dumb, although appletinis are tasty when no one is looking.

Chore I Hate: Folding and putting away clothes.

Dogs/Cats: Cats. The only reason to get a dog would be to build a little kitty wagon that the dog pulls, so you could take smarmy pictures and sell them to calendar companies.

Essential Electronics: The computer. And the toaster oven.

Favorite Perfume/Cologne: As long as you don't smell like the Indian guy on the dorm hall who apparently doesn't know the shower code, I don't care what you smell like.

Gold/Silver: I think silver is a much cooler metal than gold, which could just as easily be brass. When I get my eyebrows and nipples pierced (purely for that undercover spy job), I will wear all silver.

Hometown: Alexandria, VA. The place where you can end incomplete sentences with periods all the time.

Insomnia: I never have trouble sleeping unless I'm going on a long drive the next day. This happened twice in Florida when I wanted to make the trip back to VA in a single day. Both times, I had to give up around midnight and just start my trip early, pausing around 5 AM in a Days Inn parking lot in Georgia.

Job Title: Software Engineer for my day job, Superhero Without Tights for my night job.

Kids: I have no kids of my own, but if I did, I'd want them to be like Anna's nephews and nieces.

Living Arrangements: Detached, split-level, single-family, five-bedroom mansion on a 0.1 acre lot next to some trees that you can creatively call a forest.

Most Admired Trait: People say I get things done. They should see the list of things I don't get done.

Number of Sexual Partners: This depends on whether triplets count three times if you didn't know she had two identical sisters.

Overnight Hospital Stays: Zero. I am the paragon of health and prosperity.

Quote: "I was determined to know beans." - Henry Thoreau

Unusual Talent: I used to read all of my books while standing on my head on a flight of stairs.

Vegetable I refuse to eat: Amen.

Worst Habit: When Anna's on the phone driving by an accident and says "Oh he must not be dead because they're loading him onto a stretcher", the first reply that comes into my head is, "So he's just a little bit longer?"

X-Rays: I have X-rays of my teeth

, which may end up being the basis of tomorrow's news update. Stay tuned.

The next greatest movie of the year, after SNAKES ON A PLANE