Last Thursday night, I had nothing to do, because the Internet had gone out in my house, and if it's not on the Internet, it's not worth doing. I took the opportunity to organize my CD collection, a behemoth of a task that I'd been putting off since I graduated from college in '01. I'm the kind of guy that carries all of his CDs in those big black cases that are halfway between a Trapper Keeper and a scrapbook, but I also tend to forget some CDs in their jewel cases, or in the car, or maybe the shower. My old CD cases were reasonably well organized by genre, except that the last half of each case had random CDs thrown in, in the order that I'd bought them.

Two hours later, I discovered that I own four hundred and forty-nine CDs from all walks of music, including a small cache of CDs from the 1980's that probably belongs to my sister because I never listen to UB40, INXS, or the Bangles. To give you an idea of what types of music I have in my collection, here is a handy-dandy key. You can tell how into each genre or artist I am (or used to be in days of yore) by the length of the stack: 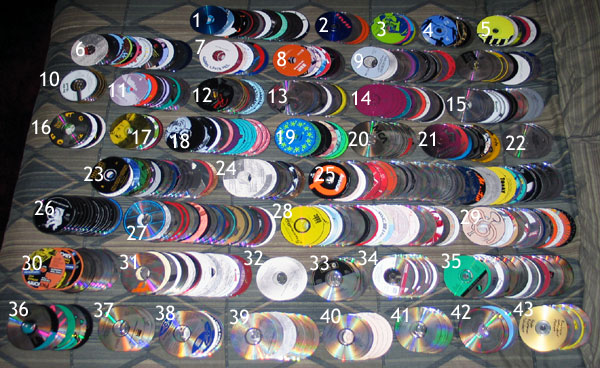 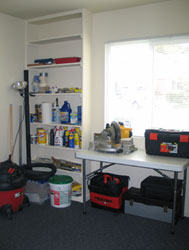 Altogether, I have more jazz than anything else, followed by classical, then pop/rock, then musicals, then comedy. This is probably skewed a bit towards the past, since I buy a lot of music online nowadays. After I got my jollies off of organizing all my CDs, I ended the weekend by finishing up my basement storage room, which now sports a new paint job and a new carpet, laid with the help of my dad. I then organized the bottles of cleaning solution on the shelves, organized the scrap wood in order of length, and organized the crawlspace under the house to store all the remnants of the new carpet (since the Home Depot Carpet Guy somehow managed to give me an extra three feet for free).

Next, I tried organizing my cats from smallest to largest, but they kept effing up the rotation.

Happy May Day! A new month means a fresh start so do something fresh today.