The Windows XP operating system is being discontinued at the end of this year, and since Windows Vista is a real operating system like Kappa Kappa Psi a real fraternity, I decided to purchase a new computer for the first time in three years to get a fresh copy of XP before it vanishes forever. Last night I shelled out $650 for a Dell desktop and then another $380 at various cheaper dealers for things like memory and graphics cards.

As I was comparing the various options for processors and graphics cards, I realized how far out of the loop I've gotten on computer hardware since the innocent days of my youth when I'd gladly blow a couple grand on the fastest model of computer because it had one extra expansion slot which would be perfect for my adapter card that converted binary numbers into chocolate chip cookies or automatically added major thirds to all my chords. It used to be easy to pick out a computer -- find anything called a Pentium and get the one with the biggest number. Now, there are dual cores and quad cores with numbers smaller than before, but which are actually faster because they can do two things at once. I plan on testing this out by installing a copy of Doom 3 and My Little Pony Adventures on the new machine and trying to play them side by side in two windows.

For the interested geeks, I ended up getting an Inspiron 530 with an Intel Core Duo E6550, 4GB 800MHz RAM, 340 GB Hard Drive, and a GeForce 8600 GTS 256MB PCI-Express graphics card. Roughly the same machine in the "gamer" line was nine hundred dollars more. I probably could have gotten better game-friendly gear, but I haven't really played any computer games since World of Warcraft and I would rather spend my evenings cleaning up from Halloween parties than figuring out if the 8600 is faster than the 8700 or which one makes animated boobies jiggle more realistically. 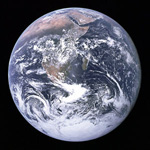 With the new computer becoming my primary machine, I'll have four total running computers in the house (this is probably more than in the entire country of Burkina Faso) -- the second existing solely for backing up data and the third to play music in the basement and living room. I'll probably take the most recently fast one (the one that this update is being typed on) and either sell it on eBay as the creative wellspring of the URI! Zone, or learn how to install Linux on it and turn it into a test environment for work (since even the slowest machine in my home is faster than the 2003 gerbil I have running at work). This will have the side effect of making me enjoy working from home more, and preserving the environment by taking a fourteen-mile round trip off the road a couple times a week. I do it all for the Earth.

Caught in a sex act (with a bike) 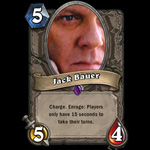