As mentioned in previous posts, I used to keep a private daily journal religiously throughout high school, writing in it every single day. The habit dropped off in college and I only wrote in spurts until around 2004 when I stopped altogether. It got to the point where keeping a private journal and a public blog at the same time was far too much work and one would inevitably suffer (as you can see from posts like these

Reading through old journal entries last night made me wish that I still kept it up -- it's almost fascinating to see the naive and idealistic viewpoint the old entries were written in, as well as the random events of days that I would otherwise completely forget about. Here are a few samples of events recorded in my journal, using the exact wording I used long ago.

9/26/93: We just got back from visiting some college campuses for my sister. We saw Mary Washington, William and Mary, Christopher Newport, Virginia Commonwealth. In the motel, my sister and I shared a room. The people upstairs had loud music and my sister started banging on the ceiling. Then these two big black guys came down and argued with us through our door. 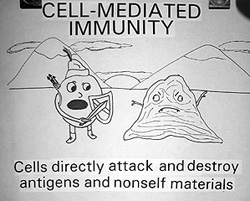 4/30/94: I just got back from Jenny's house for the bio presentation

. Jack and Ben were there too. Jack said that some people on the lightweight boat got arrested last night. After the boat party, they were going to egg someone's house when a cop pulled them over. The cop had gotten a call from a lady with a car phone who had been cut off by some kids but it wasn't them. The cop asked Ed Muellen what he was going to do with the four dozen eggs in his front seat and Ed said he was going to make a very big cake. Two guys got arrested but they weren't charged. Everyone got off.

11/23/99: Saturday morning we woke up early and met Jason and Richard for our trip to Philly. We got to Philly around 11 after an uneventful trip. Liz and I sang musical songs in the front seat once the people in back (Shac, Melody, and Kelley) had fallen asleep. VT beat Temple 62-7 and the game got pretty monotonous after the first three quarters. We decided to meet up at Hooter's afterwards, but the street had changed its name since the last time Jason was there. My car o' people drove around Philly for about an hour and a half in the ghetto before finally finding it. There, we ate dinner, watched the Florida / Florida State game and I napped a bit for the ride back.

Police: Someone Let Air Out Of Tires

I may have killed her, but I didn't eat her