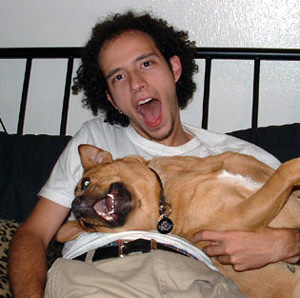 Mike (of Mike and Chompy, and sometimes Jamie) was a fellow composing grad student at Florida State, arriving from an "I just graduated but don't want to enter the real world yet" background like me (unlike the vast "I was in the real world and hated in so now I'm fleeing and sacrificing my salary in the process" populace). In our first semester we had 16th Century Counterpoint and Pedagogy of Music Theory I together -- two-thirds of my total courseload since grad school, as everyone knows, is HARD AND RIDICULOUSLY TIME-CONSUMING OMG.

I didn't really hang out with Mike until October of 2001, because I am an introvert and new people kind of suck. I remember liking some piano piece of his on the October 5th Composers' Concert

, back in the halcyon days when this web site was nothing but a politically correct music travelogue with all the personality of Kanye West reading a teleprompter.

Following that concert, a musical gang consisting of Jim Barry, Dimetra, Allen Scott, Mark Connor, Mike Catania, Angela Oh, Kitty Steetle, and Kathy Biddick went to a local bar (it may have been the Irish one) for drinks, and I decided to tag along. From there, we went back to Mike's apartment before it had a pool table, new strains of life growing in the sink, more clutter than the hoarding lady with 400 cats, and a futon with AIDS. In fact, it was so boring that we immediately left for the Waffle House at 2 in the morning. 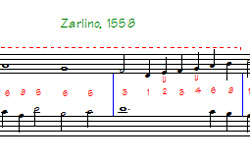 The next time Mike and I crossed paths was on Monday the 8th, when we did a joint presentation of a Zarlino work in Counterpoint class by playing it on trumpet and steel drums. He liked my font.

Mike celebrated his 22nd birthday with lunch at The Loop with Kathy and me, where I ordered a side of fries, and we spent three hours working on a crossword puzzle because there was nothing else to do in Tallahassee (we also called up Kathy's friend, Julie, in North Carolina to get one of the wildlife-related puzzle answers). 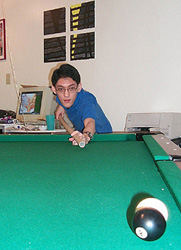 From that point on, we spent pretty much every non-educational moment hanging out at Mike's place where we painted crappy art

, carried a pool table up three flights and built it with Keely's levels, made fun of Alex, bought a dog named Ginger who chewed on everything and was rechristened as Chompy, and played lots of Scrabble, Monopoly, and Super Smash Brothers.

Bush makes a lot of decisions