The leading cause of childhood blindess in Norway and its environs 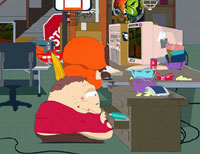 ♣ The premiere of South Park which revolved around World of Warcraft was hit or miss. It was too WoW-centric for non-WoW-fans to enjoy, but not quite enough to really make it hilarious to people who play WoW. It had its moments though, and definitely got a ton of the cliches and absurdities correct.

♣ The premiere of LOST was pretty good even though it's once again taking us in a different direction without answering all of the old questions. I think this could be a really strong season -- I just hope they don't keep giving flashbacks to the people with boring lives. I'm glad they brought back Henry Gale as a main character -- as an actor, he's impeccable.

♣ The English language would not nearly be as fun without adjectives and synonyms. 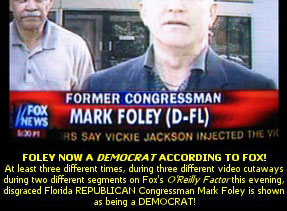 ♣ I love how every political scandal gets assigned a representative noun or adjective from the media that will stick in your head long after the scandal is forgotten. For the Foley scandal, it's "lurid", and for Allen's recent brushes with controversy, it's "scrutiny". Scrutiny appears seven times on the first page of this article

♣ George Allen's campaign manager is not very good at the "deflecting the blame" game. He is quoted in the article as saying, "What I will say is the preponderance of scrutiny of Sen. Allen, as opposed to lack of scrutiny of Webb, suggests that one candidate is getting all the scrutiny, and the other is getting away with no scrutiny at all". He later commented on the liberal theory of migration, "The fact that Canadian geese fly south for the winter merely suggests that they are not flying north, east, or west."

♣ It's finally starting to cool off now, but it's at that annoying midpoint where it's too warm for covers when you go to bed, but too cold to get out from underneath them when you wake up in the morning. Australia is on their way to summer right about now -- I should get a winter/summer house down there and just relocate every fall/spring to enjoy the warmth and then migrate back in the spring/fall just in time for summer/winter.

♣ I also need to buy winter clothes, a need that I have every year but never get around to fulfilling. There just aren't enough hours in the day. 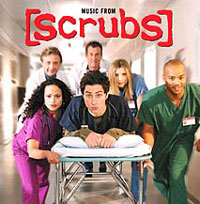 ♣ This weekend I'll be working full-time on both Saturday and Sunday since we're in one of our yearly tight periods. In my minimal spare time, I'm also watching Scrubs: Season Three, reading Fugitive Prince, and writing a comprehensive strategy guide for Warsong Gulch in WoW. I was also going to paint my porches with my dad, but the rain cancelled that.

♣ Happy Birthday Mike Robb on Saturday! Everyone else, have a great weekend!

Millionaire Bruce McMahan loved his daughter so much, he married her.