Medium Energy - Todd Barry: This is a stand-up routine of a comedian I heard on XM Comedy. The material itself isn't that funny, especially on repeated listenings -- it's his manner of presentation, in a slow, Steve-Wright type of monotone with a little profanity mixed in. The funniest part of the album is several tracks where he talks about various MTV shows, and the rest is hit or miss. It was only $9 so I can't complain. Final Rating: B- 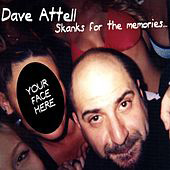 Skanks for the Memories - Dave Attell: Dave Attell is a very funny guy if you are not easily offended by foul language and coarse topics.I laughed out loud several times while listening to this CD -- here's a "clean" sample that's still quite funny.

Journey from Mariabronn - Kansas: This is a song off one of my recently rediscovered Kansas Greatest Hits CD

(3MB MP3). I've always liked how cleanly orchestrated and rhythmically interesting the rock operas of Kansas are, and this is a really catchy example. It's hard to make shfiting meters the foundation of your song without making it an academic exercise or a confusing morass. Final Rating: A

Scrubs - Season Three: Not quite as good as the first two seasons, but still better than most sitcoms on TV. It's amazing that the writers can continue to churn out stories that are both hilarious and touching at the same time. Final Rating: A 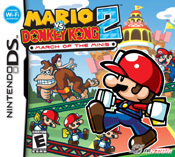 Mario vs. Donkey Kong 2: March of the Minis: This is a new game for the Gameboy DS which is real-time strategy game similar to the old Lemmings. With the stylus, you tap and drag Mini Marios around the screen, through obstacles, and to the exit. The controls are a little frustrating when you want to stop multiple Minis at the same time, but it's an easy game to learn. Since each level takes just a couple minutes, it's a perfect travel/waiting-around game. Final Rating: B+

Principal May Be Charged In Cat Killings

Pampered pets dress up for Halloween