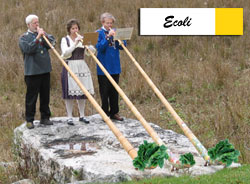 Details: Over 170 innocent civilians have gotten ill from consuming fresh spinach in the past weeks, and FDA officials have traced the tainted goods back to one of several farms in California. People are cautioned against consuming any fresh spinach until the outbreak has passed.
What it means to me: Smart people who realize that vegetables are merely a vile placeholder in the Ponzi-like pyramid scheme known as the "Daily Suggested Allowances" seem to have escaped the outbreak unharmed. My cheeseburger and I will die at forty-two from a heart attack as nature intended.

Details: A grocery store in Chevy Chase is phasing in a system which will allow customers to pay for their groceries by swiping their cellphones across a sensor. With RFID-enabled phones, customers can store their account numbers in the phone, and receive coupons via text messages.
What it means to me: As the only citizen in the United States who still has yet to buy a cellphone, I will need to make one massive grocery run the day before this kicks in nationwide. The goods I purchase will have to be nonperishable and last me until my heart attack (or until I buy a cell phone).

FBI Is Casting A Wider Net in Anthrax Attacks 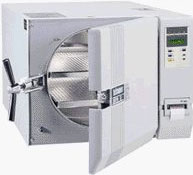 Details: Scientists recently discovered that the anthrax used in the big scares five years ago was not as potent as once thought, did not have any special characteristics, and therefore could have been procured by many more people than previously expected. Thinking they had some skunk-class-A-can't-think-straight anthrax, they had limited their investigation to high ranking government scientists with access. Now that it's been revealed to be over-the-counter anthrax, the potential terrorist pool has widened to everyone in the world and everyone they ever knew.
What it means to me: Currently, the FBI is limiting the scope of their "interrogate everyone in the world" investigation to people born in the mid to late 1970s, after an anonymous tip showed them one of the prime sources for ordering anthrax online

. Now that I'm aware of how easy it is to obtain anthrax, I may pick some up to add that special punch to my next Halloween party. I can even purchase an anthrax accessory kit from Amazon for six thousand dollars -- a real bargain! "Don't worry," I'll say to my puzzled guests, "I just put a costume on my microwave."