I've posted a few pictures from my time in Colonial Beach on the BU-Photos page. The trip there and back were fairly uneventful with two exceptions: On the way down, I saw a dead man in a truck in the Braddock Road Exit access road. His headlights were on, but he was parked on the shoulder with his door either fully open or torn off. He was sitting upright, his chin resting on his neck and his left hand hanging down out of the truck cab, clutching something red. If he wasn't dead, he was probably resting off one hell of a night, since it was at about 6 AM on Saturday.

On the way home, I saw my first blatant toll-road violator. He had no Smart-Tag in his car and he brazenly plowed through the lane. A blue neon sign lit up saying, "TOLL NOT PAID" and the license plate camera started flashing a couple times per second. His license plate was JGB-7366. I wrote it down because I was right behind him and may end up getting a ticket in the mail. Feel free to cross reference his V.I.N. and deliver pizzas to his house.

Professor talks out of his ass. Thinks Neanderthals would have rapped. 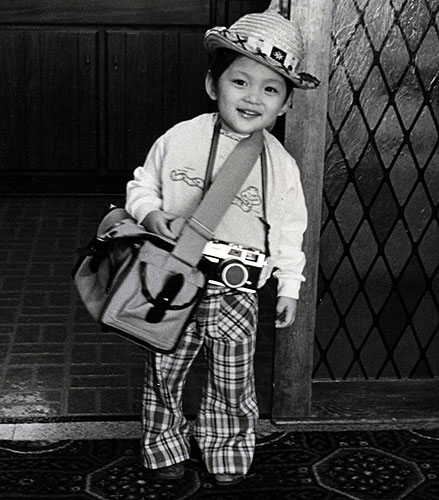 I suppose that I could have dragged this out and made three separate pictures, one mocking YOLO, one showing us all attending the same party, and one showing the Mars Curiosity Rover bumping into something unexpected. However, it was more efficient to combine everyone's requests into a single picture with a patriotic theme. 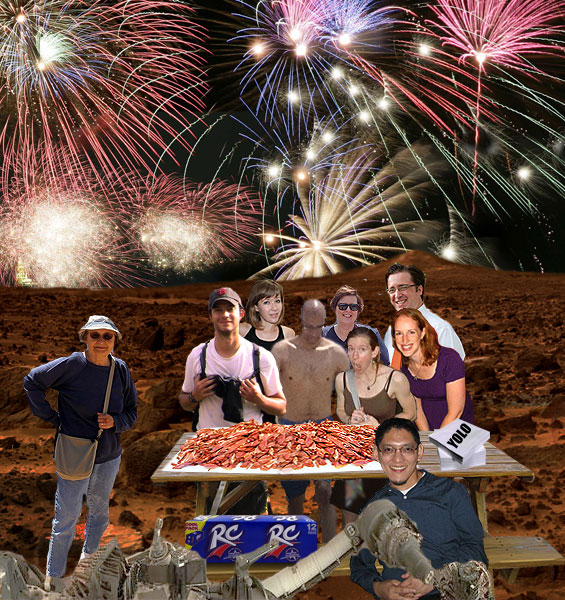 This is an image captured by NASA of my annual Independence Day party on Mars, where there is nothing to eat but bacon. Regular bacon at that, not turkey bacon, because you only live once. And yes, before the conspiracy theorists start conjecturing over whether or not this is a fake, the fireworks are specially crafted to burn on carbon dioxide, not oxygen, so they would be totally plausible in the Martian atmosphere. 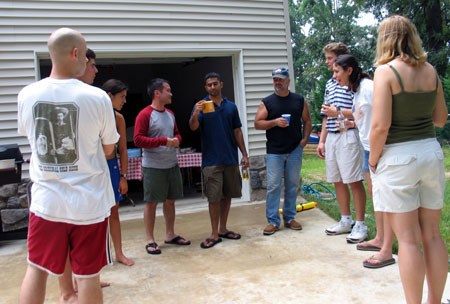 Happy 4th! Here is a picture of where I spent the 4th ten years ago (Colonial Beach at Anna's parents' house). We're going back tomorrow to recreate the photo exactly, except that 50% of the people live in other states now.

Maia plays for you the song of her people 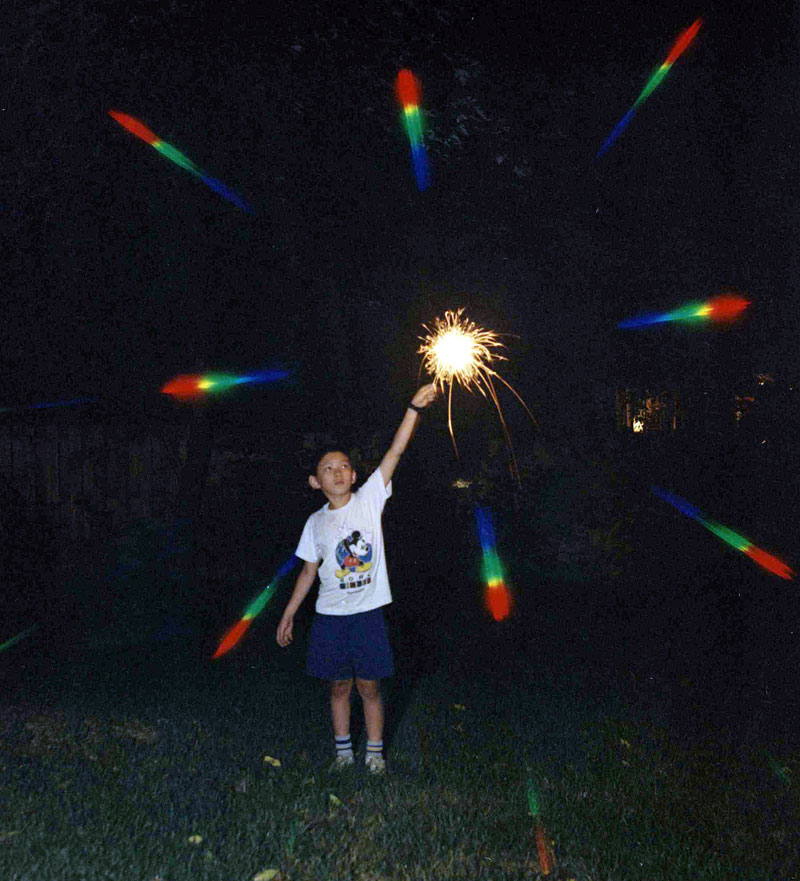