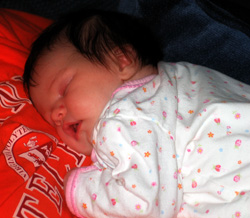 On Friday night, Eleanor came over for a play-date with Booty, and brought her mom, Anna, along because I cannot be trusted to chaperone. We had Boston Market for dinner, watched some ancient episodes of Friends, had a few Dos Equis, and played the crazy Wario game on the Wii. Eleanor totally farted on my couch, then passed out in a sleepy stupor from all the beer and rock music. Later on, we heard that Anna's sister, Emily, is now engaged. Congratulations! 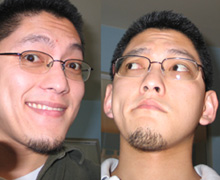 On Saturday morning, I went on a whirlwind shopping tour of Shoppers Food Warehouse, Home Depot, Petsmart, Target, and Costco (a practice run in case I ever get called on to appear in a reality show about a yuppy scavenger hunt). Besides Q-Tips, insoles, cat food, and lunch meat, I bought two new pairs of glasses that look shockingly different than the frames I've worn in the past (see Figure A to the right which shows the crappy old frames next to the sleek new frames like one of those dieting advertisements, but for glasses).

I had a massive pot of Velveeta Shells and Cheese for lunch and then baked some chocolate chip cookies for Poker Night. Half of these cookies, I took across the street to the new neighbours who have been busy painting their new house for the past two weeks. They'll be a nice addition to The Court for two reasons: they're reasonably young, and they speak English (the language of kings, at least kings from England). I've shared a driveway with two Hispanic guys for the past three years and the only thing they've ever said was hola, which I believe is Spanish for that artificial fat substitute in potato chips that causes anal leakage. 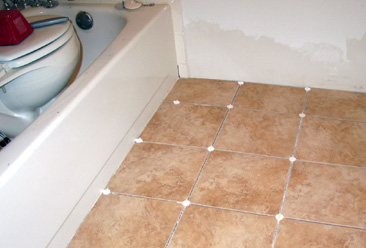 There weren't quite enough people for a rousing game of poker, so we decided to turn it into Pictionary night instead -- specifically, the new version of Pictionary with special challenges like "draw with your eyes closed" and "hold the pencil in your armpit". We ate Philly cheesesteak pizza, listened to Eleanor fart some more, and reminisced about the time Mike Catania fouled the guy on the Maxx Attack team while on the 0-16 FSU Music Theory basketball team to avenge Mark Connor's honour. 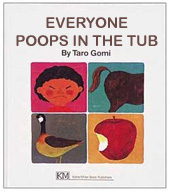 On Sunday, My dad and I laid the ceramic tile in the hall bathroom. The adhesive is now dry and today is Grout Day (where we read excerpts from A History of Western Music by Donald Grout to the floor and teach it that repetition is the key to Western Music). I'm planning on keeping the toilet in the bathtub permanently, because everyone poops in the tub, even though no one likes to talk about it.

Crazed hare on the loose

Please do not stare at chimps