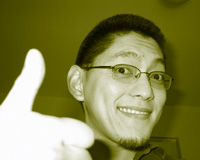 ♣ It's been an arduous week in an emotional holding pattern for me, which definitely affected any urge to write my usual cheery and lighthearted pulp. To propitiate for this paucity of pleasant posts, I promise that next week will play proprietor to a particularly pernicious panoply of puns, and maybe a Cat Media Thursday thrown in for good luck. I am mostly back to normal now, because Asians are resilient (as shown in the classic physics experiment where you roll an Asian off a two-story building and watch how far they bounce back up).

♣ I'm still annoyed with the media for giving so much airtime to the previously peripatetic perpetrator when they should have been focusing on the victims though. Last night FOX "News" posted an article hypothesizing that the shooter was possessed by Satan

. You know things are out of control when the Washington Post, the most bleeding-heart liberal newspaper in the area, actually uses the phrase, "looking like he had just stepped out of a violent video game". I'm also glad that CNN finally took down that front-page picture with the gun and started rotating pictures of the victims.

♣ As a result of this week's events, traffic to this site doubled for a couple days, mostly from random passerby following links on the VT Music website

which still has the picture of Booty jumping into the pool from 2003. I also started hearing from random VT people from my shady past on Facebook.

♣ I made a Facebook account approximately four millionbillion years ago, but never really used it (registering early accounts at random sites for no good reason is something I often do. I once had a six-digit ICQ number). With activity on the rise like a loaf of pumpernickel with a yeast infection, I decided to succumb to peer pressure and start using it.

♣ After the psychedelic Technicolour caterpillar pus that defines Myspace, Facebook is pretty sleek. Its clean interface and minimalist approach appeals to my neatnik side (Asians are neat, and we can also play Moto Perpetuo on the violin while taking our SATs in pen). In just a few minutes this afternoon, I was able to locate five thousand random historical figures that I'd all but forgotten about, like Jason Chrisley and George Washington, as well as people who went to high school with me as well.

♣ Speaking of high school, I was out at TC Williams last weekend to show Rebecca the ridiculous multi-phase construction project which entails building a new school next to the old one and then completely demolishing the original structure and replacing it with a parking lot

. The new building is gigantic, with elevators and rotundas and windows so large that Canadian geese will be flying into them. Classrooms have high vaulted ceilings more common in McMansions, because apparently they are letting trolls go to public school next year. I know that Alexandria is a yuppy-town but the whole thing seems a little ostentatious -- it's a good thing they didn't build this during the Remember the Titans years because the football team would have been too busy eating lunch off of diamond-studded cafeteria trays to bond with each other. 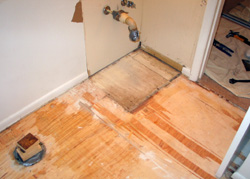 ♣ This weekend, my plans includes some online training for work, a Poker Night, and at least one naked tribal dance. On Sunday, we'll be working on the hall bathroom, which is currently completely stripped of fixtures and porcelain with plastic and duct tape covering up all the sewer holes to prevent the house from spontaneously combusting. It can't be any worse than a gassy Spellerberg though.

♣ Tomorrow is also Alyssa's birthday. Happy Birthday! Have a good weekend, everyone!

No one got his joke

On marriage and chicken plucking