indirectly responsible for the erosion of decorum, civil liberties, and foothills 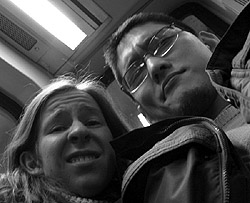 ♠ Wedding preparations are nearing completion, two weeks ahead of schedule as befits a URI! operation. Last night, I gathered up the classiest of photos featuring me and Rebecca for the perpetual slide show that will flash incessantly behind our table at the reception, like a really annoying billboard at the Verizon Center -- one that you can only escape by consuming more free wine.

♠ A worser fate than billboards involves gas stations that play TV ads while you pump your gas. If they're going to spend all that money on an embedded TV, they should up the sound quality to a level higher than "marching band recorded with a tape recorder". The gas station nearest to our house plays ads for the first thirty seconds, and if you haven't finished pumping, you get to hear "Come inside for a sandwich!" looped over and over like an amateur Boy Scout knot.

♠ Speaking of knots, I should learn how to tie a tie sometime soon. I own a single black tie (whose narrow dimensions make it look more like my BLACK BELT) which has been perpetually tied for over thirteen years now. When I have to wear it, I simply loosen the knot and slip it over my head. It's not unlike maintaining a ten-year-old block of code because you're not sure if you'll irrevocably break something if you try to rewrite it yourself.

♠ I wonder if any engineer parent has ever referred to their child as "that ten-year-old block of code I have to maintain". In nerd terms, that's way hipper than substituting "version 2.0" for "Junior".

♠ I will never name a son Brian, because there are more than enough good names out there without resorting to reuse. Plus, the kid would eventually become computer-savvy and Googling himself (or SPACE-Googling, as it will be called since it's in the future) would return all the illicit deals of his pa. Later, Brian Junior's future wife will do her own SPACE-Googling and discover this website, which contains lesson plans for "Everybody Poops" and two redheads bent over. She will cancel their first date, shattering his happiness and disrupting the SPACE-time continuum. It's just not worth the risk. 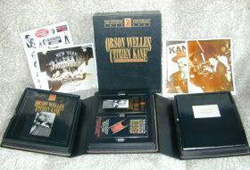 ♠ Speaking of important dates, today is a national anniversary. However, after the initial few years, etiquette states that you should really stick to just the years that are multiples of five (unless you're selling a Special Edition of <classic movie no one really liked> on <brand new video format that's way better than the previous, possibly named WeeVDV>) For etiquette's sake, there will be no commemorative plates or articles here. If you need fellow rememberers, I'm sure today's Facebook and Twitter feeds will be alight with memories (and maybe even some Cats).

♠ Plans for the weekend include some birthday stuff, some steaks, and a Saturday-themed 12 of 12, which will contain 10 pictures of me sleeping and 2 of a penguin. I may also finish Half Life 2, the most boring use of beautiful graphics in any game ever.