A big city might seem chaotic, but somehow everything gets where it needs to go and the whole thing manages to function on most days, even if it all seems a little worse for the wear at the end of the day. Sound a bit like your brain? Neurobiologist Mark Changizi sees strikingly real similarities between the two.

This article was written by the LiveScience staff, whose news site has brought us such hard-hitting Newsday Tuesday fodder as People are Too Dumb To Understand a Weather Forecast and Some People Are Happier But Other People Are Sadder Now. If scientific reporting were any softer it would throw like a girl. 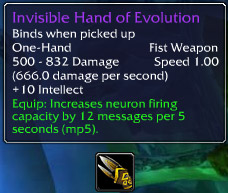 Changizi and colleagues propose that cities and brains are organized similarly, and that the invisible hand of evolution has shaped the brain just as people have indirectly shaped cities. It's all driven by the need for organization and efficiency, the researchers say.

The root problem of this hypothesis is that cities are not designed for maximum efficiency -- they just appear over time in the area with a critical mass of people. The mechanism for building a road between two commonly used locations is an intentional action to improve a city. If natural selection were related at all, it would imply the elimination of poorly-designed preexisting cities in favour of the better ones (a patently false idea, since we still have Baltimore, the cankle of the eastern seaboard).

"Natural selection has passively guided the evolution of mammalian brains throughout time, just as politicians and entrepreneurs have indirectly shaped the organization of cities large and small," said Changizi [...] "It seems both of these invisible hands have arrived at a similar conclusion: brains and cities, as they grow larger, have to be similarly densely interconnected to function optimally." 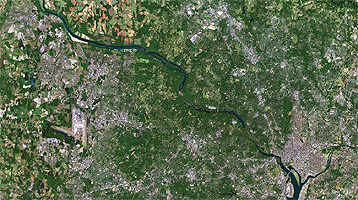 The alternate approach, which has proven to be surprisingly resilient in actual practice, is to move 25 miles away and start a new town, boroughing across the land like a municipal blight. As a sidenote, if your scientific research requires the concept of "invisible hands" to make sense, more rigorous peer review may be called for.

As brains grow more complex from one species to the next, they change in structure and organization [...] One couldn't simply grow a double-sized dog brain, for example, and expect it to have the same capabilities as a human brain. A human brain doesn't merely have more "dog neurons," but, instead, has neurons with a greater number of synapses than that of a dog [...]

Left unanswered by this research is whether we could implant double-dog brains into our politicians and effect an improvement in their urban planning skills. Certainly, it could be no worse than giving the job to an actual dog.

To draw a crude analogy, you don't just take small-town streets and build a city out of them. You need wider streets, more stoplights, and so on.

One need look no further than M Street in Georgetown, where city planners bought plenty of stoplights, but neglected to make the streets any wider or purchase gutter alligators to stop the morons from jaywalking. In contrast, Merrifield, Virginia has a plethora of wider streets and stoplights, but failed to purchase any "so on" (American for je ne sais quois), leaving it a city on the outside but empty on the inside.

Or as Changizi puts it, you can't string three Seattles together to get a Chicago; there would be too many highways with too few exits and lanes that are too narrow.

Sorry, Fairfax County, Dr. Changizi correctly agrees that you are not a city. 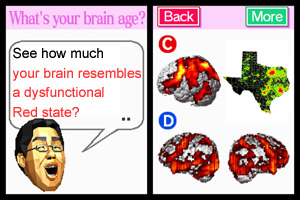 In doing the math, the researchers found common "scaling laws" for brains and cities on several measures. For example, as the surface area of a brain or city grows, the number of connectors (neurons or highways) increased at a similar rate for each. Likewise, a bigger city needs more highway exits in the same proportion as a bigger brain needs more synapses, the things that connect neurons.

Such limitations have been routinely overturned by mind over matter self-help books and courses which, when applying the city metaphor, teach you to shop online at home rather than wasting all of that time trying to find a shortcut to the mall.

Dr. Changizi had no comparative measure for paranormal phenomena like extrasensory perception (ESP) but was open to suggestions. Meanwhile, the Washington Metropolitan Area Transit Authority would neither confirm or deny the rumor that the Silver Line would be billed as "The ESP of Exurb Transportation".