Many Americans Much Happier Now 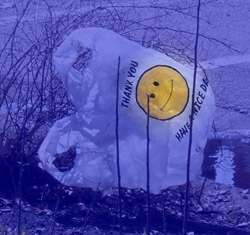 Key groups of people in the United States have grown happier over the past few decades, while other have become less so. The result: Happiness inequality has decreased since the 1970s, a new study finds.

In other important research, some people have been taking longer showers in the morning, while others have taken shorter showers. The result: the net amount of water used in the shower has stayed about the same.

Previous research has found that happiness is partly inherited, and that it can be highly contagious. So what's the state of glee in these United States? Depends on who and how you ask. One recent study found, for example, that Baby Boomers are not as happy today as other generations in other eras. 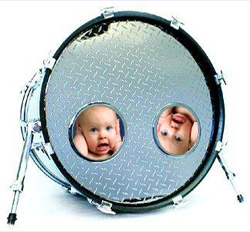 In a separate study, Baby Boomers were interviewed to determine the reasons behind their sadness. Overwhelmingly, the answer turned out to be the moniker of "Baby Boomers", with many folks suggesting alternate names like Heavy Boinkers, or The Bunny Generation. Said one Boomer, "It sounds like we fill up bass drums with babies for extra resonance." A spokesperson for Black Sabbath could not be reached for comment.

Globally, happiness is on the rise, according to a study last year. Denmark is the happiest nation and Zimbabwe is the most glum. The United States ranked 16th.

The United States has actually gotten happier since the 2006 study, when it didn't even make the top 20. Burundi, the former title-holder for world's glummest nation, rose a few points, most likely because they don't have a President Mugabe to deal with. 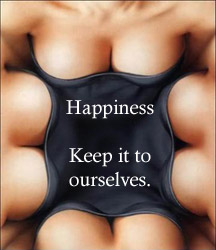 Feminist groups have launched a new ad campaign portraying men as "thieves of the happy" -- since this study implies that only a finite amount of happiness exists in the world, they've determined that it's only fair that women get their due.

Stevenson and Wolfers used data collected from 1972 to 2006 through the University of Chicago's General Social Survey. Each year, participants were asked, "Taken all together, how would you say things are these days - would you say that you are very happy, pretty happy, or not too happy?"

Dissenters to the study note that the options seem overly cheerful and skewed towards happy results. Researchers defended their survey, providing several raw questionnaires where space at the bottom was filled with write-in answers, dark emo poetry, and "HATE LIFE" written in thick black magic marker.

The authors say that it's hard to pin down what exactly is causing the narrowing happiness gap. But they suggest that money probably is not the answer. In fact one recent study found that giving money away generates happiness.

The researchers obviously did not think to check with their sponsors, who were livid and nowhere near happy when they discovered that they'd given money away to such a useless research project. Plans are already underway to request additional funds next year, to show that researcher happiness increases as financier happiness diminishes.

Robbery suspect turned into a goat