I've kept a running list of deep thoughts on my Blog Ideas page since 2004, figuring that on a slow day they might make good fodder for discussion. However, I never seem to look up from the posts about boobies and chipmunk vomit for long enough to be seriously serious. For housekeeping purposes, I'm just posting the list as is, because it's easier than exploring any one of them in depth! 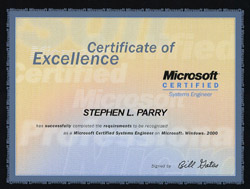 Average gamer is 35, fat, and bummed

Putpockets give a little extra cash, and a reason for real pickpockets to reach in a pocket