two pickles, no onions, and hold the quality 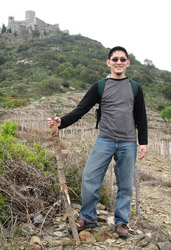 ♠ One of my new projects that I hope to stick with is running a couple times a week with Rebecca. We head over to the forest in Claude Moore Park for a half hour, and we have yet to see LESS than 8 deer on any given run, sometimes as close as five yards away. Hopefully I don't abandon this running project, because I want to make sure my knee is in good shape before all the hiking we plan on doing in Hawaii. I certainly don't want to turn into Gimpy McPeggy again like I did on last year's trip to Europe. 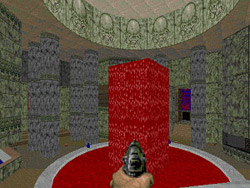 ♠ Because every good creative genius (or mad scientist inventor) should have a wellspring of abandoned projects, I am no longer learning the Google Web Toolkit or setting up a Linux home network (although I did set up DSynchronize to keep my MP3 collection sync'd up across four computers). In place of those, I've been writing IF and playing some old games, like DOOM, and Sam and Max.

♠ I've also dusted off a few abandoned CDs discovered during my CD-organizing spree and am currently listening through them to see if they are really as bad as I thought originally. Brian Wilson's Smile is still about as passable as a junior recital -- sure it's good enough at exactly what it is, but you're only going to go if you know the performer, and then you'll never want to listen to it again.

♠ It doesn't help that the built-in CD player in my car no longer works correctly. Ever since this past January when (like a Sign of the Gods) the battery of my car died in the parking lot of Popeyes, the electrical system has bled into the sound quality. Now, whenever I'm braking or accelerating, an amplified hissing arrives like a vengeful librarian in a movie theatre. It's not bad enough to warrant getting a new stereo installed, but I do tend to listen to my newer CDs while coasting. 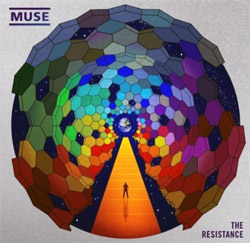 ♠ Speaking of new CDs, Muse is finally releasing a new album on the date of my thirtieth birthday. I really liked their last album in 2006, and the newest single, Uprising, from the upcoming album is pretty catchy, even if they have evolved from hard rock to "Queen meets cheesy alt rock".

♠ Now that I have benefited from the cheese stimulus package (Cash for Cheddars), I'm going to have to do something with my fromage largesse -- possibly a new healthy vegetable recipe consisting of one floret of broccoli to one bag of cheese.

Q: What did the bank-robbing broccoli say to his getaway driver?
A: Floret!

♠ This afternoon, I'm heading out to Manassass for Maryrose Ahlbin's baptism and tomorrow I'm having the parents over for dinner. Beyond that, the weekend will probably involve some IF, some Dexter Season 2 (which Rebecca is now watching), and a haircut.

Woman getting married to fairground ride