the 1294th most popular Friday destination on the Internet

♠ Following the "success" of their Drive Hammered, Get Nailed campaign (which only resulted in an increase in drunk driving arrests around the sorority floors of the University Commons at GMU), the Fairfax County Police have launched new LED signs with the message, Accidents don't happen... They are CAUSED. It seems like this sign is more confusing than helpful, since an accident which is caused does, in fact, eventually happen. In fact, I predict that accidents will actually increase around this sign as cell-phone drivers try to wrap their brains around the anti-tautology, run out of brain waves, and drive into a ditch.

♠ In fact, the more I think about it, the more I believe that IT'S A TRAP designed to send cell-phone drivers into a ditch, leaving the innocent drivers alive and well.

♠ Speaking of innocence, it's becoming increasingly less innocent on the Internet. As you probably noticed in yesterday's Weird Search post, people like to find naughty things, and the screenshot on the right is from the Hasbro site just a few days ago, where the Scrabble Word of the Day was posted for a good two hours before being taken down and replaced with the word "triply" (in a triple manner, or how Hasbro described the accident when their content manager was fired and pushed down a flight of stairs after the debacle). 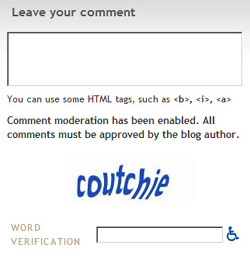 ♠ In a similar vein, when I went to wish Paige a happy birthday on her blog this morning, it told me that I wasn't allowed to do so unless I typed "coutchie". I wisely opted not to, in case my typing history appears during the 2028 Presidential Elections and scandal ensues.

♠ If I were actually to run for President (pending Arnold Schwarzenegger's dstruction of the "US-born" requirement), I would need an old white guy to help me win in the South and in central Ohio. I would probably choose my best man, Jack -- he would do well in public office.

♠ Speaking of Jacks, I don't understand why they continue to hire Jack Black as an actor or presenter. His showing at the Oscars was just painful to watch, much like most of the rest of the two hours I had on in the background before shutting it off. Hugh Jackman dancing around and singing about how he hadn't seen The Reader was inspired, and Ben Stiller's cameo was chuckly (in a chucklesome manner), but otherwise it was just plain bad, like a Shostakovich symphony arranged for marching band. 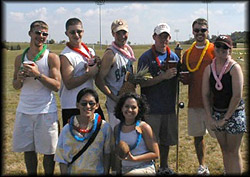 ♠ Sadly, I have played a movement of a Shostakovich symphony while in a marching band, back in 1999 when I was in Rosie's rank.

♠ Speaking of Rosie, she popped out a baby on Monday (missing 222 by that much!), Colton Jason Mirick. I estimate that it will be twice her size in roughly four weeks. Congratulations!

♠ Plans for the weekend include a dinner with the family and some overtime. My work schedule should be back to normal within the next couple weeks, just in time for some Corned Beef and Guinness on St. Patrick's Day. What are you doing this weekend?

♠ I'm going to stop writing and post this, since Katie Lucas has reloaded the page four times in the last hour looking for a post. Have a great weekend!

For sale: one life in China