the sixth Friday the Thirteenth since Friday Fragments began 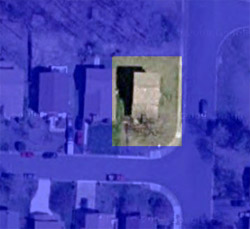 ♥ Sometime in the past week, the twelve families living in the house on the corner finally packed up and moved away. I have nothing against group housing (as I've taking in a few homeless music majors in my day), but this house was the epitome of a bad neighbour -- 6 cars clogging the street with 1 SUV always parked on the lawn, an open air trash pit because they couldn't afford trash service, multiple carpools that honked when they arrived instead of walking up to the door, and people sitting outside on the stoop at all hours of the night.

♥ Last month when their power was turned off for a few days, they bought a gas generator and ran it nonstop on the front porch. Last week as I was driving by, they were grilling on a propane grill underneath the eaves of their porch, right up against the house (because apparently fire safety is no longer a common sense trait). Unfortunately the house was still standing when I arrived home later that night. So, if anyone wants to be my neighbour and live on the corner in Sterling, we have a vacancy.

♥ The house on the corner has seen so many different residents since I moved in that the city of Sterling might as well turn it into a motel. Travelers from all walks of life could enjoy the hybrid white-trash-meets-day-laborer-meets-government-yuppies feeling of our county. 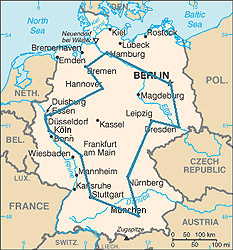 ♥ When I was a Computer Science major, I recall various boring lectures about the Traveling Salesman problem. It was not, as I initially believed, about where a salesman should pee when he's always on the road -- it was a theoretical problem about the shortest path to travel while visiting every city exactly once.

♥ I bet that Computer Science majors today have it much easier than I did -- the correct solution would probably involve some sort of Internet connection and eBay.

♥ I have never bought or bid on a single item from eBay. And while we're confessing things, I have also never seen a single episode of The A-Team (although I have arranged it for marching band twice).

♥ I made the second arrangement after Paige complained about the mellophone part being too melodically jagged. However, I was just following the time-honored tradition of writing for horns by giving them whichever note in the chord was missing and couldn't be heard anyhow. This is also how you write for a quintet when someone sucks.

♥ I haven't played in a brass quintet since the Pinnacle Brass days with Philip, although I did play a high D on my trumpet last year for giggles, and then put it back in the closet. If the economy continues to tank, maybe I can make a little extra cash by playing the Hindemith outside of the Foggy Bottom Metro.

♥ Foggy Bottom is easily the funniest name in our Metro system, although it's no Cockfosters. The story behind it (low elevation causes fog) could use some PR improvement though. I recommend a story about an ass so large that it has its own weather systems.

♥ Plans for the weekend include birthdays and valentines (hence the girly hearts denoting this week's fragments). I may also begin working on the new Name-That-Tune contest which will come out this month or next, which unfortunately will not be accessible to blind people.

♥ Have a great weekend!