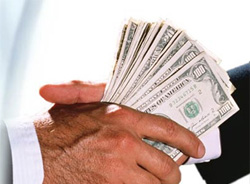 I was originally going to spend today examining the Senate stimulus compromise and using my common sense superpower to veto the ideas that were obviously a waste of my fifty dollars. However, the bill is several hundred pages long, and I definitely don't have the inclination to waste a portion of my life doing that when I could just as easily be online watching videos of cats riding Roombas.

Instead, I will completely ignore the existing stimulus compromise and present my own less expensive plan that will more effectively jumpstart our economy.

Transforming our Economy with Science and Technology

Education for the 21st Century

Helping Workers Hurt by the Economy

Beat that, you elected yahoos.