There are no spoilers from this season in this review, although older seasons are described. 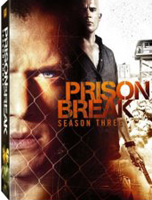 The first thing non-viewers generally ask when they hear that Prison Break has a third season is how these characters could possibly still be stuck in prison. Season One told the tale of an engineer, Michael Scofield, who intentionally gets arrested so he can break his innocent brother on death row out of jail. Season Two was the cross-country chase of the fugitives, and Season Three finds Scofield and some of his compatriots back in a Panamanian prison where the prisoners are so violent that the guards just maintain the perimeter, letting lawlessness reign inside. 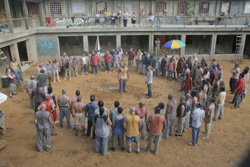 The plot is ridiculous, and the settings are implausible. Why would lawless prisoners be allowed daily visitors? Why would the big conspiracy people behind Scofield's rearrest not have a much easier solution for the problem they face? Many people can't get past the insane setup, and it's easy to poke holes in the plot if you stop and think. However, story is NOT the reason you would want to watch this show. This is pure escapist (pun intended, because when are puns NOT intended on this site) suspenseful fare -- the story is just there to put all the pieces in place so the character dynamics and intricate escape plans can come to the front. 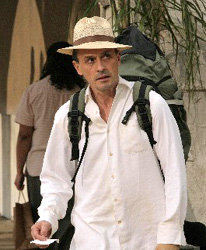 The third season is not as good as the first, but much better than the second, which lost some momentum trying to track multiple individual storylines across the country. The characters are the most fun to watch when they're all playing off each other, and having them stuck in a prison again brings that element back. Theodore "T-Bag" Bagwell, the racist Southern pedophile who's probably the first primetime character to use the word "detritus" in his dialog, is still the most riveting and enjoyable anti-hero to watch, although he doesn't get as much screen time as in the past.

Like all shows last season, this one was hit by the writer's strike, so there's only thirteen episodes to watch. However, the final episode is tied up nicely and works as a finale, further supporting my theory that you only need about twelve shows to make a compelling season of TV that doesn't drag out with tattoo stories. The only place where the season staggers a bit is with the handling of a pivotal actress who decided not to return this season. Voiceovers, shots from behind, and a clumsy kidnapping storyline cover this up in a painfully obvious manner, much the same way the Sopranos ended the Livia Soprano storyline with old clips of previously recited dialog after the actress' death.

Overall, this is a season worth watching if you like entertaining, suspenseful shows that don't need a lot of internal logic or deep thought to enjoy. When given the choice between a season of Prison Break and a season of 24, I'd probably enjoy the former more.

Cat with four ears a target for catnappers