below the equator, fragments flush in reverse 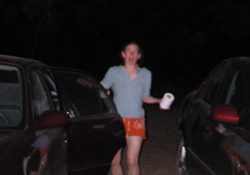 ♠ The plan for this weekend is the annual camping trip in Gore, VA to celebrate Sam E's birthday. Last year's trip

was surprisingly quiet, other than the Confederate rednecks all-terraining in their pickup trucks at 3 AM. No doubt, this was because the last Harry Potter book came out at the same time, so everyone was engrossed in finding out that Snape was a sled.

♠ Apparently there are no major book releases threatening this year's camping trip, although this weekend marks the release date of CHESS CRUSADE for the Wii -- because apparently it's much easier to move a pawn with a Wii Remote than your hand.

♠ In other Wii news, a microphone is being developed that will let you trash talk your opponents online. Mario Kart just isn't the same unless you can hear Mike swear when he gets hit with a Lightning Cloud. Until the microphone comes out, I'll just set up my laptop in the living room and send expletive-filled IMs. 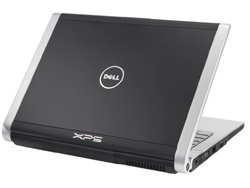 ♠ My new laptop arrived on Monday and passes the important test -- World of Warcraft runs at 60 fps. Windows Vista is just as annoying as advertised (I missed the drop-dead date for getting Windows XP by a week). Pretty much every action (copy a file, run a program) pops up TWO separate windows asking for your permission to proceed. After just a day of this, I turned off the alerts and was greeted by an alert asking if it was okay proceed with alerts turned off. It's the computerized equivalent of a three-year-old who must get permission to put each foot forward when walking across the room.

♠ The laptop has already been put to good use, since there was an all-day meeting yesterday during which I answered emails and debugged things. In the days of yore, I would have had to find a seat next to a wall so it wouldn't be immediately apparent that I fell asleep during the opening comments. 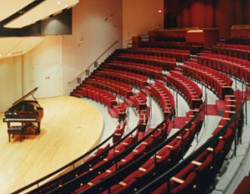 ♠ When I was a music major, we had an event called Convocation every Tuesday afternoon. Every music major had to perform in a Convo at least once a semester and you had to get a card punched twelve times to get credit for attendance. Every fourth seat in the salon had a narrow vertical beam behind it, so I always made sure to sit in one of these for maximum head support during my weekly nap. Generally, Convo was only good for proving that just because you're a Music Education major doesn't mean you're fit to teach your instrument to children.

♠ The Recital Salon was also the backdrop for this poster

, with photography by Paige

, who has been busy turning her baby into a concert pianist of some stripe who will no doubt accompany Philip's baby on the Hummel at Convo in 2027.

Man finds booby-traps in the lake

Man finds booby-traps in the park

Man finds booby-traps in his sandwich