immensely satisfying as long as you're illiterate

♠ I haven't made any more progress in Warcraft, because I've spent all my online time playing Warsong Gulch, which is obviously the most entertaining portion of the game. When you reach the endgame, you can either spend eight hours in a cave waiting for people to eat and drink, or you can do twenty-minute pick-up games where you get to beat people up. The latter is much more rewarding. 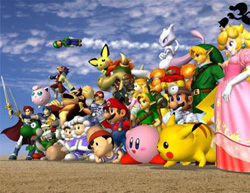 ♠ My Warcraft time will probably decrease since Rebecca's returning from Guatemala this Sunday. Also, Super Smash Brothers Brawl comes out for the Wii on the same day, so I'll have to have a Wii-party sometime soon.

♠ EBGames actually has a useful discount right now -- if you purchase Super Smash Brothers Brawl with the coupon code 'nintendo', you get free overnight shipping on the order. Usually gaming retailers throw in useless extras that only seem like a good deal. It's kind of like the two free eggrolls you get with every Chinese food order. 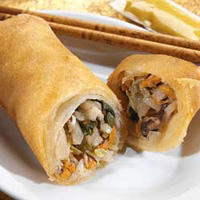 ♠ I've never understood the appeal of eggrolls. They're bland and tasteless, and you might as well grab a soggy newspaper off the front stoop, roll it up tightly, and take a nice big bite out of it.

♠ My house has a stoop, but there are never newspapers on it. The paper delivery man can barely hit my driveway from his car without running into my mailbox. As compensation, he makes sure that whatever fast food he's eaten for breakfast transfers from his fingers to the newspaper bag. Booty and Amber always lick the bag whenever I bring the paper in. 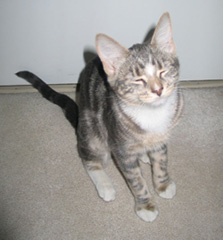 ♠ This bag licking phenomenon now applies to any plastic bag in the house, especially bags in trash cans. It's a little weird at first, but I'd rather my cats be dirty baglickers than pee on things or drag their butts across the floor.

♠ Aren't you glad that humans don't wipe their asses by floor-scooting? Although, it would make dinner parties quite exciting for all the wrong reasons.

♠ This weekend, the plan is to do some Europe planning, some grocery shopping for my almost empty fridge, and some poker. If it's warm enough, I might even reopen the basement for the springtime. Sunday is also Mark Connor and Larry Newdorf's respective birthdays. Happy Birthday! Have a great weekend!

School covers up students with smileys

I fell in love with a female assassin