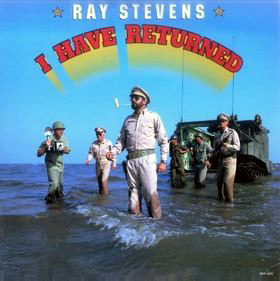 While driving home from the super-secret pencil factory in Bailey's Crossroad yesterday, I stumbled upon an Interview with Ray Stevens on XM Radio channel 2 -- I was trying to get to UPOP on 29 and didn't hit the 9 fast enough. The interviewer himself was annoying, as most interviewers and talk show hosts are wont to be, but it was a fun trip down memory lane to hear some of Ray's greatest hits and his commentary on them.

To shamelessly milk this bit of nostalgia, I've decided to post recordings of my favourite comedy songs from my youth. While everyone else my age was listening to the New Kids on the Block or U2, I was enthralled with comic masters from the 1940s through the 1970s, and I'm fairly certain these songs played a huge part in the development of my obviously-hilarious sense of humour. Everyone has heard of Weird Al Yankovic, but there was an entire subculture of funny records and tapes before he was even born. There's nothing un-work-safe in this collection.

First comes Ray Stevens, whose ongoing career spans comic hits like Gitarzan and The Streak as well as popular serious tunes like Everything is Beautiful.

Next up is Tom Lehrer, a satire pianist from the 1960s. This song from his 1965 album describes how to make Catholicism more popular with the masses. 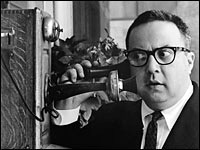 Allan Sherman's shtick was to write new lyrics for existing songs, and then sing them himself, even though he had a barely passable singing voice.

Before there was such a thing as political correctness, Bill Dana played the role of José Jiménez, a fellow with a very poor grasp of the English language, and a tendency to mix his H and J sounds.

Spike Jones, the earliest of the comic artists, rewrote popular songs of the 40s using a ridiculously odd set of sound effects and percussion instruments made from tin pans and washboards. His City Slickers band is best remembered for Yes! We Have No Bananas and the obnoxious song, All I Want for Christmas Is My Two Front Teeth. This sample is their take on the plot of the opera, Pagliacci.

The versatile Stan Freberg was both a satirist and advertising man, writing the musical, The United States of America, as well as the classic commercial for Chun-King Chow Mein, where Chinese people eat hot dogs every day.

Of course, not every artist made more than one funny song. For everything else, there was Dr. Demento, who made it his mission to compile all the funny songs onto single CD collections.

Hopefully these songs will bring a smile to your face at work on Hump Day. Which one was your favourite?