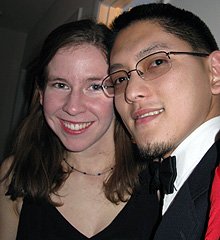 Happy New Year from the URI! Zone! After a jetsetting weekend of holiday visits that encompassed both Front Royal and Baltimore, New Year's Eve was a quiet, fancy, affair at Kathy and Chris' house, where we paid the ten dollar cover charge to lose ostentatiously in poker. To cover our losses, we stole some of their wedding silverware and sold it at the local pawn shop, Sterling Silver.

2007 was a decent year for the Zone -- it was proven that the Zone now has a credible draw of 23,000 visitors per year without resorting to such devious tricks as having an RSS Feed or mentioning Britney Spears or U2 in post titles. Although the numbers dipped slightly from 2006, I attribute this mainly to Australian Rachel vanishing off the face of the Earth, rather than any decline in the quality and quantity of posts.

23,292 is a pretty decent number of visitors -- everyone in Reedley, California could visit once

It's still to early to plot out the course of 2008, but it will likely include another Java Certification, a few very minor household projects, and watching the fourth season of LOST. The centerpiece of 2008, though, will be a planned trip to Europe in April (for which the tickets have now been purchased). 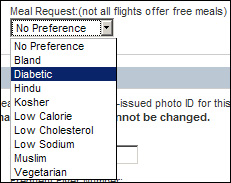 After picking our start and end dates (3/31 to 4/15), and deciding that we'd want to eat a Diabetic on the plane, we became the proud owners of nonrefundable plane tickets. Our plan is to fly into London for a few days, head to Paris for a few days, hit the French countryside and see a castle, and end up in Barcelona for a few days at the end. Then, we'll fly back to London for just pennies a day and return to the States on the 15th. Tragically, we won't have time to hit Ireland, Iceland, or any of the other countries that start with an I, like Brianne's Italy. Also, by the time we get to Europe, Paige and her husband will have moved ironically back to Houston so we'll have to sleep in the gutters of Spain instead.

At least a few of this year's posts will be dedicated to our trip planning and execution, so you can watch us make newbie traveler mistakes and laugh.

What are your plans for the New Year?

50 Most Loathsome People in America