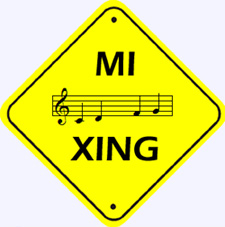 An article in yesterday's Post reported that major construction work on the $676 million Mixing Bowl project in northern Virginia has been completed. The treacherous throbbing ulcer where Interstates 95, 395, and 495, and numerous local roads converge now flows much more freely than before. However, there are early indications that all is not well in the land of poorly chosen cooking analogies -- some drivers are getting lost!

Drivers complain of counterintuitive highway splits where they must head to the left to ultimately go right and head to the right to go left. They worry about staying in the left lane of the Beltway and winding up heading to Richmond. 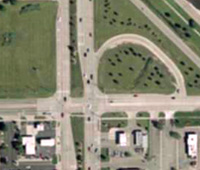 In counterpoint, natives of New Jersey have praised the new ramps as "100% intuitive" and "the way things should be".

"It feels just like home," says Milly Franklin of Piscataway. "All I need now is a full-service gas station."

"It's doing the opposite of what people expect," said John Ulaszek of Arlington County, who commutes daily through the interchange and reports plenty of close calls. He sometimes takes his camera to record the skid marks on the pavement and the last-minute lane changes.

Virginia Department of Transportation officials have also confirmed a recent upswing in accidents caused by "morons trying to take pictures while driving through the Mixing Bowl", but stopped short of labelling Mr. Ulaszek as part of the problem, saying only that it was an interesting spike, and not yet statistically significant.

"It's like putting the hot and cold knobs on the opposite side of the sink, and people can't understand why they just got scalded," [Ulaszek] said. 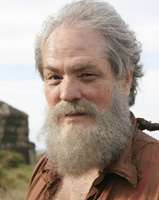 Fortunately for the human race, conditioning will allow even the lowliest of animals to stop scalding themselves on the hot water, even if they have anterograde memory loss like Sammy Jenkis. We may be confused by the roads now, but after a few trips it will become second nature. Said Tom (of LOST fame), "It only took the bears two hours".

"I confess to being victimized by it," [spokesman for AAA Mid-Atlantic] Anderson said. Several weeks ago, he was on the inner loop of the Beltway and found himself on a ramp to I-95 toward Richmond. "I was like, 'Whoa! This is the Springfield exit. How did we get here?' " Anderson recalled.

According to the rest of the account, Anderson's passenger was like, "Dude, where's your car going?" and Anderson was like, "What the eff, man!" The pair then pulled off at the Franconia Road IHOP for some late night pancakes, as Anderson was "sporting a major case of the munchies".

Anderson and his passenger's harrowing journey is not unique though -- other drivers have reported being victimized by the Mixing Bowl in a like manner. One young couple visiting from Bulgaria reported that the I-495 ramp towards the Woodrow Wilson bridge stole their lunch money. The couple did not wish to be identified, fearing reprisals on their return trip, but said through an interpreter, "This is the last time we go to Rehoboth Beach. America can suck it."

No sign can cure the core reason for confusion at the new Springfield interchange: Three highways still meet there, all of which end in "95," and one of which -- the Beltway -- travels in a circle. 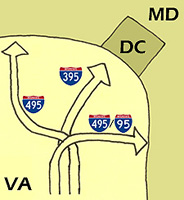 Or maybe this sign can, and BU lands it.

Guy with a post-it note and five minutes: 1
VDOT: 0

In one section of Old Keene Mill Road, sympathetic project officials painted the highway symbols onto the roadway to let drivers know the correct lane to be in. But painting similar symbols onto the highway lanes would cause more confusion because so many lanes are shared, they said.

VDOT officials also revealed that their road-painting initiative backfired when local pranksters put their own symbols on an unfinished road leading over a cliff. Thankfully no one was injured, though many drivers were still on the lookout for free beer when they crawled out of the twisted, smoking wreckage of their cars.

Leighton Cooper, 17, goes through the Mixing Bowl twice a day, heading between Clinton and a private high school in Oakton. But even he sometimes gets confused. One time he wound up on I-395 heading toward the District.

School guidance counselors downplayed the role of the Mixing Bowl in this confusion, noting that the student's parents had named him Leighton. They also pointed out that the public school kid was still sitting in his driveway trying to start the car by jamming a carrot in the ignition.

Meanwhile, the home-schooled kid (who was unaffected by a commute for obvious reasons) had assigned himself an independent study project that modelled the flow of traffic through the Mixing Bowl as a viscous fluid. He won $25,000 in a DuPont-sponsored science fair which he spent on a full-time bodyguard to protect him from the public school bullies who preyed on him during his daily unicycle rides around the neighbourhood.