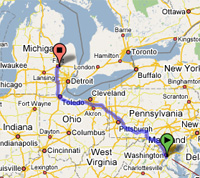 If you were to tally up all the vacation days I spent outside of my hometown as a child, the bulk of them would take place in Burton, Michigan (a small town of 30,000 just outside of Flint). Michigan was the home of my grandparents on my mother's side, and the defacto place for my parents to dump the kids on extended holidays and revisit that long-lost concept, the "quiet house". The town of Burton was on the dulling edge of modernism, boasting a shopping mall roughly the length of a basketball court with a Little Professor bookstore and an indoor fountain. 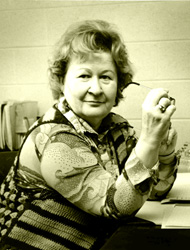 In Alexandria, we would pile into our peach Nissan Stanza (license plate XVX-881) at 7 AM for the ten hour trip north (despite continued attempts by my Dad to leave at 6) and journey forth with a McDonald's hashbrown stop in Breezewood, Pennsylvania, and a rest stop in Ohio chosen based upon a complex mathematical equation which included how many sodas were consumed, how many empty screw-cap bottles we had in the car, and whether or not the Pennsylvania Turnpike had made my sister carsick. Once we'd passed the "you must be this tall to catch a connecting flight" line, my sister and I would get bundled onto a Delta flight through Dayton, to arrive in Flint that much quicker.

The first dinner of every trip was always my grandma's macaroni and beef casserole, which is probably why I eat a lot of Beefaroni today (just like the mandatory manual labour in kindergarten is responsible for the fact that I am 125 pounds of unadulterated monster truck force now). My parents would then depart the following morning and the vacation would officially begin.

My grandparents lived in a moderately sized rambler with a backyard that could comfortably accomodate a herd of migrant wildebeests -- it had an attic room over the garage and a dank, scary unfinished basement that I refused to go into for many years because it resembled a scene from the original Psycho movie which I somehow ended up watching before I was 10. Every house in the neighbourhood had well water, which was slightly more appetizing than pee pee. 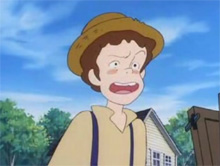 As a kid, I had vacations that were true and pure of heart, ones where there were too many days to plan out, and never any worries about a premature ending or the return of the school year. My sister and I would wake up leisurely in the morning for a homemade breakfast of pancakes and bacon (or a weekly trip to the local Scotty's) while watching poorly animated cartoons on HBO like Tom Sawyer and Belle and Sebastian, followed by the more high-class Adventures of Babar. After this would be a full hour of I Love Lucy which was deemed safe for kids.

At ten o' clock, we would be ejected from the TV room because HBO would start showing PG-13 movies. It might have been a conspiracy, since my grandpa's favourite game shows and soap operas started soon afterwards. For the rest of the day, we gallivanted between four major areas: 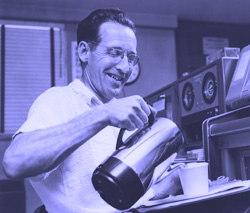 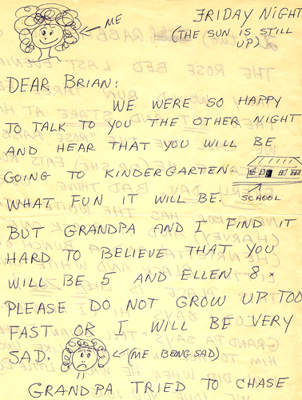 There were many more memories from Michigan, like the clay figurine painting phase, the mortifying playing of TAPS every night, and the week long Mankala championship, but these will have to wait for another day. What do you remember from your grandparents' house?

Help! Mom! There Are Liberals Under My Bed!