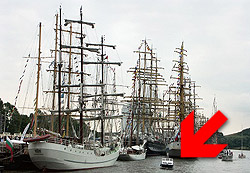 , I had just completed a relaxing year of being a graduate research assistant with absolutely no responsibilities. Though pleasant, it did not give me any real-world teaching experience for my eventual career as an academic in the music world (although I will now be an expert at picking up my Unemployment check, should I ever lose my job). For my second year, I was picked up as a super-assistant in music theory for one of my favourite professors, Dr. Peter Spencer.

"Stephen Foster really irritates me [...] He writes these smarmy, nasty, little tunes [...] But it is a good example of a two-phrase period, blast him!" - Peter Spencer, in a diatribe on the audacity of Stephen Foster, and the use of Camptown Races as a politically incorrect example of periods

Music Fundamentals is the course where you learn what a staff is, how many letters there are in the musical alphabet, and whether an eighth note is longer than a sixteenth note. Most music majors already have this knowledge coming in, but the rest have to take this remedial course before being allowed to go into Music Theory (where you learn that parallel fifths sound cool and leading tones should remain unresolved because major seventh chords sound kind of Latin-y). Teaching this course can be tedious, which is why Dr. Spencer's pet project was to use Flash to create a fully online version of the course which would require no oversight or face time.

Because I didn't really have much Flash/Shockwave knowledge (and because the environment used to write the stuff cost a whopping thousand dollars), I did what any enterprisingly lazy developer might do -- I looked for portions of the project to work on using the skillsets I already had. By the end of the year, I had written a tool that would take the results of students' online tests (in XML) and parse them using Java to generate scores, grades, and trends. I don't know if Dr. Spencer ever achieved his ambition of a teacher-free course, but I have a feeling my contribution was 100% useless to him.

Jumping back to the Fall semester, the two of us split the duties on a Music Fundamentals class filled with thirty-six hapless freshmen who had failed the fabled FSU School of Music entrance exam. The original plan called for me to teach one of three classes a week and grade papers, but as the term progressed, Dr. Spencer attended less often until he stopped coming altogether (classic Freshman Dropout Syndrome). Although this might seem offputting, it actually worked out quite well -- it gave me a gradual introduction into teaching until I was comfortable enough to run everything on my own.

"I realize you may think I'm nuts, but anyways, I am getting paid for doing this." - Peter Spencer, after noting that there's probably Grails floating around inside the "holey" spaces in a student fugue

Teaching a class with thirty-six people is rough on a good day, but we all got along pretty well by the end. By this point in my musical career, I had already accepted the job offer from the Computer Science dark side, and was content to enjoy my teaching responsibilities and students as much as possible. Among the memorable students: the jazz saxophonist that failed every test, but could improvise over any set of changes without batting an eye, the hot girl from Oregon who was sick during every test and then aced all the make-ups, the incredibly skinny and incredibly bored girl who got 100% on every test (and was only in the class because she didn't know what Alto clef was), the jazz singer with a great voice who went on to become Miss North Florida, and the guy who learned the lines of Alto clef with the mnemonic, "Damn Fine Ass Chicks Everywhere".

For the Spring semester, I graduated from Fundamentals land to teach two sections of Sightsinging I to the very souls I had just remedially propelled into their musical futures. This was quite possibly the sweetest gig in Assistantship Land:

I had almost as much fun just planning out each days' lessons as I did actually teaching. Despite having the most glorious baritone voice to be heard on an American stage, I still practiced my examples diligently and often warmed up in the shower for Booty before heading off to the 9 AM class. I tried to veer off the beaten curriculum as much as possible, choosing to nuture the students rather than destroying them like an academic ninja. I used Eminem for an in-class sightsinging exercise

(350KB MP3), and greatly slowed down common excerpts to help the bottom half of the students

(360KB MP3). I also loosened the technology requirements from the "every kid must own a laptop" educational bandwagon by allowing students to skip over their Practica Musica assignments in exchange for other types of make-up work. (For the Virginian musicians, Practica Musica is the MacGamut of the Southland). At the end of the year, I even let a flustered crying student retake her final exam a couple hours later because my heart is made of gold and candy canes.

With such a benevolent reputation, I left Florida State on a high note (c6), and hopefully helped some of those students catch up to become useful members of the music community.

Share some of your TA stories in the Comments section!

Get your PC infected here