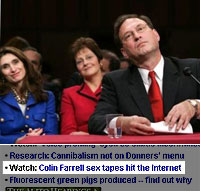 Mary Poppins trapped in a wall

Cow on the moove spared

Why it's better to wave