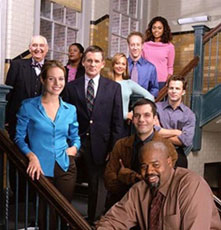 Boston Public
I'm not taking about the later seasons featuring Verne Troyer hiding in a locker to help kids cheat on their tests -- I want the early seasons with the original cast: the actress playing a choir director who couldn't conduct, the principal who thought Shostakovich played hockey, and the "smell this shoe" parent. With all of the other shovelware out on DVD, how is this series still not available?

Malcolm in the Middle
While it's true that every child actor on this show hit puberty comically early after the first season, that didn't lessen my enjoyment of this show. I've watched the first season too many times, but the later seasons ran into music licensing issues with They Might Be Giants and will probably never see the light of day.

Quantum Leap
It doesn't count as "released" if each season is selling for exorbitant prices to milk fans. $40 for an 8-episode Season One? 2014 will be the 25th anniversary of this show, so maybe there'll be a Complete Box Set to commemorate the occasion. 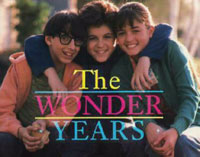 The Wonder Years
There should be no argument about this one -- Fred Savage and Danica McKellar!

Home Improvement
I know this show's already out on DVD, but next month you can get the complete series in a TOOLBOX for $11 a season. That's my idea of a bargain.

What TV shows are you missing that haven't been immortalized on DVDs?

Language at risk of dying out