the natural sequel to Questions Day

"What kind of bear is best?" - Doobie 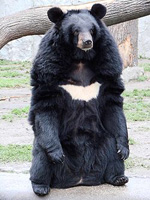 The Asiatic Black Bear, because it is black yet also yellow, and looks like a really awful Halloween costume. Plus, beets do grow in China.

"If you were a Veggie Tales character, which would you be and why?" - Ex-Roomie

Nope, but it will have a lazy susan, a drawer that hides a trash can, and zero tiles with apples on them. In fact, this kitchen may be too fancy for cats -- they can eat in the laundry room from now on.

"Who will be the next celebrity to have a gigantic public meltdown?" - Evil Mike

I think Charlie Sheen should have another one. That's what you'd call "bi-winning".

"Where is a good place to go for Korean BBQ?" - Evil Mike

There aren't any places in the U.S. yet where it's acceptable to eat Koreans yet.

"What would a combination of a pug, turtle and eagle look like?" - Evil Mike 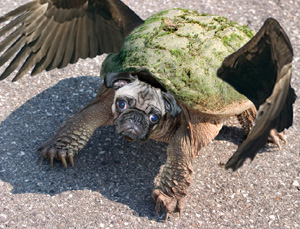 It would look ugly, because of the pug DNA.

The Real Housewives of Wall Street