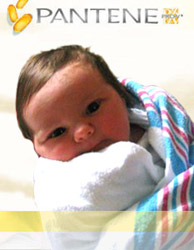 ♠ This month, we've seen more rain than a Korean Music Festival although we're still patiently awaiting the arrival of Anna & Ben's second daughter, who I've decided to name Stella. In my capacity as village teacher, I'm not sure what sort of misinformation I will teach her, although preliminary reports suggest that I was successful in teaching Ella that 2 + 2 equals Cow. When I last asked her what 2 + 2 was a couple months ago, she moo'd.

♠ I'm predicting today that Anna & Ben will eventually have 6 girls: Ella, Stella, Bella, Kella, twins Mella and Yella (sponsored by the drink corporation), and a lone boy, aptly named Fella. They will then tour the country performing a live-action version of Snow White and the Seven Dwarves.

♠ One of the questions in Rebecca's "How Well Do You Know Your Groom?" quiz books asked if I could name all seven dwarves. I missed Bashful and Sleepy -- obviously fake dwarves that should have been replaced with Booty and Humpy.

♠ Booty is growing more net-savvy with every passing day. On Monday night, she tried to log into Instant Messenger by walking across my keyboard, and nearly spelled her name backwards. I'll have to set up some online accounts on Facebook, Amazon, and Costco for her soon. 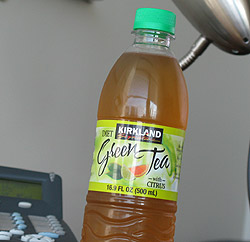 ♠ Speaking of Costco, our office recently started buying the Costco brand of green tea instead of the disgusting Lipton variety that tastes of caramellized napkins. There might actually be real tea in this new brand. I'd recommend it for what it is, but the main reason I drink it is because it's the only 0 calorie drink in the soda fridge that isn't Diet or Canada Dry.

♠ I've never understood the draw of carbonated water. When I was a kid, my dad used to consume massive quantities of Seltzer Water. Every time I tried it, it just felt like I was trying to sterilize the inside of my mouth with a very mild detergent. On the scale of drinking, carbonated water ranks just above Cranberry Lambic.

♠ The other night I had a brilliant idea for a website where you could submit a drinking game for any movie, sport, or activity you can think of. Wouldn't your life be greatly improved if you realized early on that your movie rental was going to be horrible and could spice up the rest of the movie with drinks? Is there really any reason to watch Jurassic Park III unless you can sip whenever someone says "raptor"?

♠ Unfortunately, drinkinggames.com is already set up with an amateurish-looking site that doesn't even have any submissions yet. I'll let Mike (of Mike and Chompy) steal his domain when it expires in exchange for 2% of future revenues.

♠ I have nothing further to say today, so I'll leave you with a joke I invented this month:

Q: Why do geckos make great spies?
A: They know how to lose a tail.

When will Anna pop out a baby?