the unluckiest column of the month

♠ Congratulations to Paige and Matt who have a new daughter as of May 29! Because all new babies need to start out life with an online gaming handle to get ahead, Paige has given her the nickname, Senorita Clementina. You can find pictues of the newbie on Paige's site (click on the link in the left sidebar).

♠ It's too bad that Clementina wasn't a boy, because then Paige could contribute pictures to Guys Eating Stuff (also in the left sidebar). 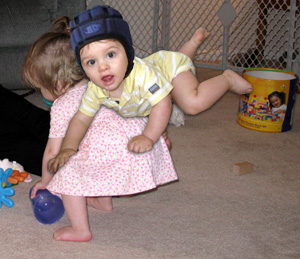 ♠ Now that there are officially more babies than adults in the readership of the URI! Zone, I've decided that the next major feature to add will be a Fantasy Baby Draft, where you select your favourite reader-offspring and follow it through a season of American Gladiator style baby-wrestling. Statistics such as diet, how often their diapers are changed, and hand-eye coordination can be tailored and tinkered with.

♠ I've never really understood the appeal of fantasy drafts or fantasy Final Four matchups, mainly because my interest in sports ends at the point where the team I'm rooting for stops playing. Cheer on the Hokies in a game? Sure! Cheer on Kansas because if they beat Ohio then the Hokies might move up one spot? Retarded.

♠ Speaking of sports, here's an article about throwing like a girl that I found while pruning all the old news links from my News Archives:

. The ending is the best. 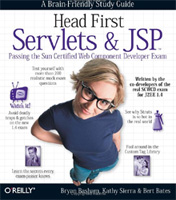 ♠ I don't have any major plans this weekend, though tonight is Video Game Night which will probably involve lots of alcohol and driving (in Mario Kart) or brawling (in Super Smash Brothers). I'll also start studying for the next Java certification out of the only study guide I could find under $40, filled with annoying jokes and cartoons (because engineers supposedly learn much more from engineers who think they're comedians). I hear that Gabe and Laura are also getting married on Saturday. Congratulations! To celebrate, I'll probably go to my parents' house while they're down in Blacksburg and steal all their beer.