Though the rest of the area scoffed at the wintry mix that descended with all the subtlety of a tourist on a Metro escalator, my neighbourhood was slicked over in a thick sheaf of ice of Thursday night. Rather than deal with the driving, I just worked from home on Friday, getting things done with a cat in my lap and a forty mouse in my hand. In the evening, I hit up the local Blockbuster and rented a trifecta of movies. Over a pizza dinner, I watched We Own the Night, which was decent, and had a few suspenseful parts. Overall though, it felt like a poor man's Departed (Markie Mark's appearance in both didn't help things). I'm not a big Joaquin fan, and he slurred his lines so much I had to turn on subtitles. Final Grade: C+

On Saturday I took a Costco trip, a Petsmart trip, and a Shoppers trip and then did a little work around the house. After some rousing Warsong Gulch in the afternoon, I hosted a grand poker game in my kitchen where I came in last place. Luckily, I have access to the formulas in the master spreadsheet, so I will be in first place with a perfect winning or undefeated record against everyone and no one will ever know the difference. After poker, we played the new loopy version of Pictionary, and everytime I had to draw, I had to either do it with my eyes closed or without lifting my pencil off the paper. My team DID win that though, something which I attribute to the long hours spent as a child trying to cross busy streets while blindfolded (my dad wanted to improve my spatial reasoning skills for the SATs). 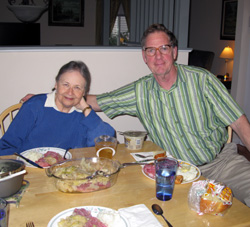 Sunday afternoon was a poker game at James and Diana's house, but it was a weird anomaly known as a "cash game" where you put "money" in and can "cash out" at "any time". I bought $10 worth of chips and twenty hands later I cashed in with $8 of chips. I'm sure the rest of the table was thrilled that I'd contributed $2 to the bulk pot. From there, I returned home to a simmering stock pot filled with corned beef and cabbage. The event was my dad's birthday (coming up on the 26th). 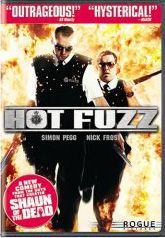 Post-dinner entertainment was Hot Fuzz a British parody of action/comedy/buddy flicks that was actually as hilarious as people said it was. I'd definitely recommend it even if you normally don't like British movies. This movie was also much better than its companion movie, Shaun of the Dead. Final Grade: A

What's in a Beethoven Quartet? A Full Curriculum

Airline pilots may have slept past their stop