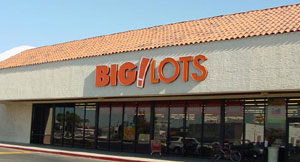 On Tuesday evening, I drove two blocks over to the shopping center which is the star of Sterling, its centerpiece being a masterfully architected Big Lots, where all the signs are in Spanish and all the wares are under ten dollars. My aim that evening was to have a meal from Kentucky Fried Chicken, strictly to do research for yesterday's question and answer session. (I take my web updates seriously, as evinced by this post

and would never think to do an in-depth comparison of fried chicken without trying all the available options).

While driving away with two-piece meal in hand, I passed the McDonald's. Rather, I passed a massive crater in the earth where McDonald's used to be -- the fault of construction, not PETA. In place of the golden arches was a fenced-in block of rubble hanging with banners proclaiming that the renovations were for your future enjoyment of a new and improved McDonald's. Anna and I saw a similar situation last month in Manassas, where her neighbourhood McDonald's closed up in much the same way.

My first thought as I did my detritus drive-through was, "Oh no, how will people know how to get to my house, since they're supposed to pass the McDonald's on the right?". This worry was quashed after I realized that when people get lost on the way to BU parties, it means there's more leftover beer for me. 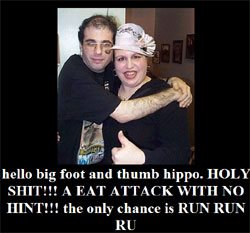 My second though, then, was that McDonald's doesn't NEED to improve or renovate. Everyone knows the food is crappy and the bathrooms resemble tongue-licked Petri dishes. Everyone knows that eating a hamburger every day will turn you into a master of the eat attack. The draw of McDonald's is nostalgic consistency -- no matter which one you go to, those Chicken McNuggets will taste exactly as they did the day you stopped there as a reward for getting a Pass in first grade social studies. If you change the physical shell of the building, the next thing you'll try is messing with the magic elixir of instant fat rolls. 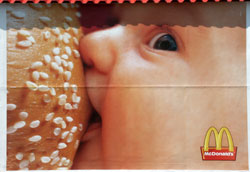 I personally haven't eaten anything other than hashbrowns from McDonald's since last April, the month where I consumed a cheeseburger after years of being a member of the McDonald's cult and found that my stomach had, overnight, decided that it would no longer tolerate having five-thousand calorie burgers for meals anymore. Since then, the only McDonald's trips I make are at Bailey's Crossroad at six in the morning while waiting for the lab next door to open up so I can go to work.

However, should this trend of renovation continue, the world will soon be faced with hordes of svelte people trying vigorously to reach my house, but failing and ending up on the street corners, where they smother the sorrows of missing Poker Night by eating Veggie Subs on Wheat Bread with Baked Potato Chips. Then where will we be?

Giggling robot becomes one of the kids

The laser beams cost too much