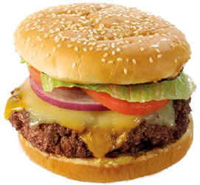 ♠ Last week, I had my first bison burger at Joe's Montana Grill -- it was tasty but not that much different from a normal burger. Montana Grill also uses Earth-friendly straws, which must mean that they won't annihilate you with a ray gun if they ever arrive on a spaceship.

♠ On Wednesday night, I strayed off the beaten path of American chains to eat in an Ethiopian restaurant in Arlington, where we had tibs with spongy bread. It was pretty tasty.

♠ For work or for play (or to search out new members for my covert prostitution ring), I've been through Arlington every day this week. That's a nice fifty-mile round-trip every twenty-four hours, which means that I'll probably have to change my oil again before my trip to Blacksburg next month. On the plus side, a fifty mile trip for work nets me $25 in "gas / wear & tear" perdiem, which I immediately sign over to Amazon.com for whatever it can get me. 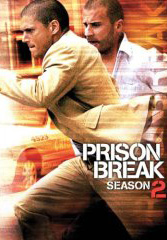 ♠ Most recently, I purchased a book containing an amazing Janny Wurts short story, and seasons of Heroes and Prison Break. I'm currently watching the latter, and it's highly entertaining. It's not quite as tight as the first season, and you really have to suspend your disbelief much more than before. However, the writers have perfected the episodic cliffhanger in a way that the writers of 24 could never do -- Prison Break cliffhangers tend to be more personal (like one of the main characters might get his toes chopped off or the bad guys have figured out the secret plan), while 24 cliffhangers tend to be more meta (like a bomb is going to kill a million offscreen people) or ridiculous (Jack Bauer may miss the sale at Macy's). 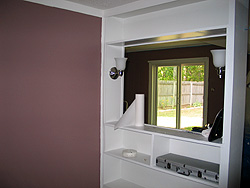 ♠ When not watching four, five, and six episodes at a time (that's the downside of well-done cliffhangers), I've been working with my Dad to renovate the basement. The walls are now "milk chocolate" which is apparently a "purply" colour. This is an interesting choice for me, because I can't see any of the red in the colour at all, so it looks just like my PUFFIN BAY GREY bedroom to me. To remedy this, I plan to wear 3D glasses at all times in the basement.

♠ Sunday is Jennie Geisner Gordon's birthday. Today is Anna's (and Becca's) mom's birthday, and also Anna's husband's (and Gabe's) brother's birthday (Jon). This sounds like the beginning of one of those ridiculous GRE logic puzzles where we find out that Becca is Gabe's uncle by following the family tree. Happy Birthday everyone!

♠ Have a great weekend / end-of-the-month!

Come to the nerd auction