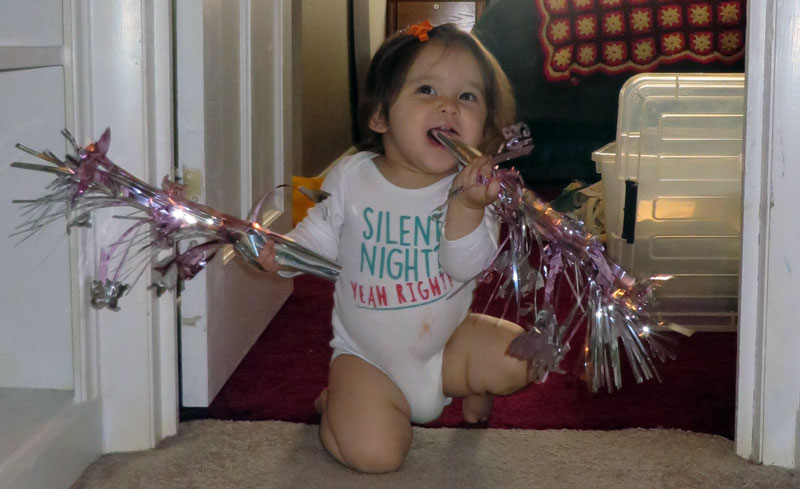 Maia is now 1 year 3 months old. Though not noticeably heavier, she's a little more gangly -- able to climb up onto unexpected surfaces or reach things on shelves. It's also clearly easier to transfer the car seat between cars and carry her out, rather than load her up in the car seat in the house and try to carry the whole mass together.

Maia has started standing in brief doses (first real attempt was on 9/24/18) and eats all sorts of solid foods in spite of having just 4 - 5 teeth. She will eat hummus for days, along with boiled carrots, egg and cheese, bananas, yogurts, lentils, and bits of restaurant meals. She takes one far-too-short nap that averages just under 2 hours each day, but also consents to lying in her crib for an eventual sound sleep from 9:30 PM to 9 PMish every night.

My life is cruising along at this point in Maia's life. Raising a baby is not unlike starting a campfire. Initially, you expend tons of energy getting the kindling just right and teasing the right amount of oxygen into place. You brave smoke inhalation to coax the fire into a sustainable roar and try not to add damp wood that will smoke or do anything to accidentally snuff the fire out. After it's burning steadily, you can add some firewood every so often and let it take care of itself.

In baby terms, you spend all of year one doing precise measurements of food, tracking the amounts of sleep or lack thereof, and overthink each potential dimension of what it will take to get your kid into a cheap state school in 18 years. After year one, you can toss a new log on the baby every so often and trust that it will continue thriving without overthinking things too much. 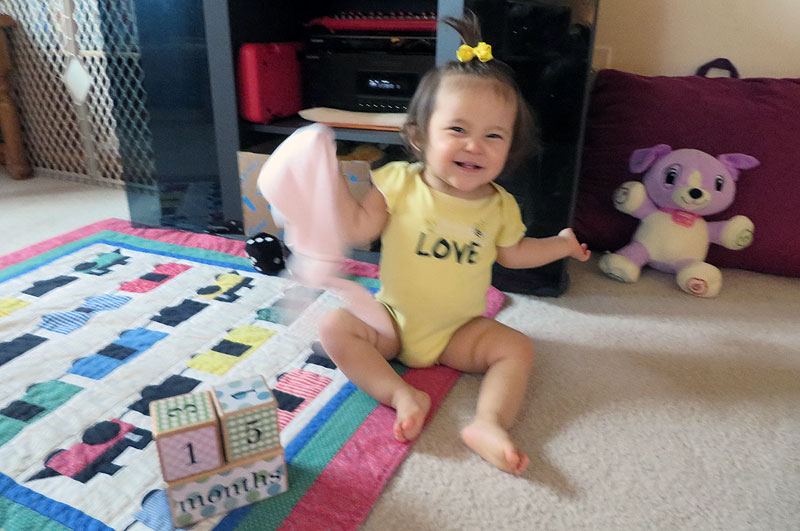