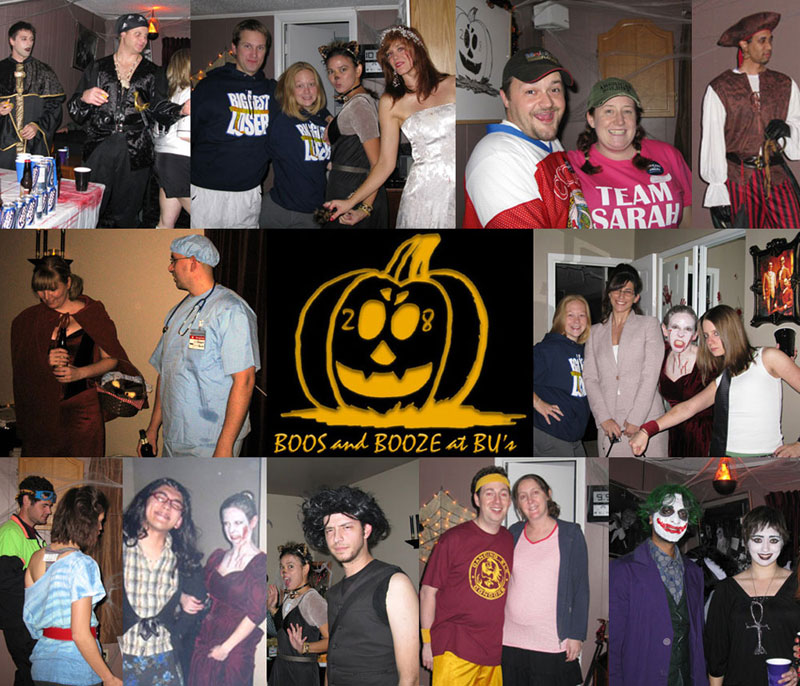 On Friday, October 24, 2008, we had the biggest of our memorable Halloween parties, featuring two Sarah Palins, three pirates, and Vu, in town briefly from San Francisco. 39 people showed up, a mix of all of Anna's friends that just had kids and Rebecca's friends that were still kids.

At the time of this party, Rebecca was working at Customink, so of course we gave out Hanes Beefy T-Shirts with the party logo as costume contest prizes. This was also the first year we experimented with putting cheap tablecloths down all over the basement which made cleaning up after Beer Pong a smashing success. Less of a smashing success was the majority remains of the 64 pack of cheap Miller Lite that always seemed to get left behind after Beer Pong ended.