Stuff in My Drawers Day: Trophies

The next casualty in my war on clutter is my cabinet full of high school and college era trophies. For posterity, they will be preserved in the digital ether for many years to come. 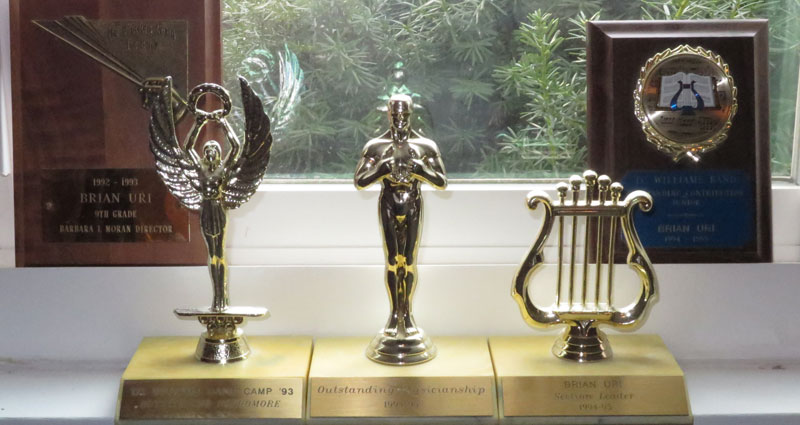 Here are my 9th, 10th, and 11th grade music trophies, including the Director's Award for Band, Outstanding Sophomore at Band Camp, Outstanding Musicianship, Section Leader, and Outstanding Contribution as a Junior. 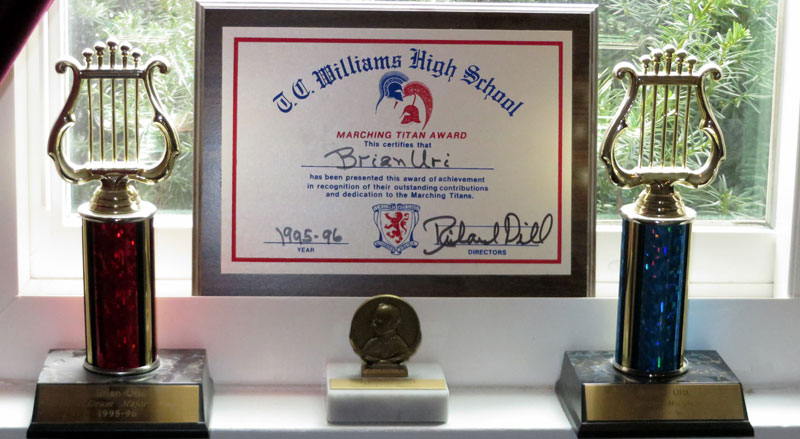 Next up are my senior year band trophies from my time as the drum major. I actually got two Drum Major trophies, because the band director forgot that he already gave me one after Band Camp. In the middle is the John Philip Sousa Award. 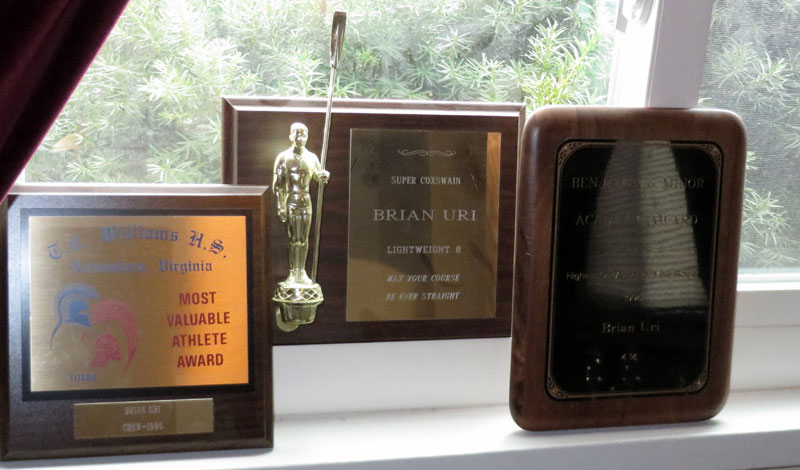 I got the Most Valuable Athlete Award in my senior year as a crew coxswain, which legitimately pissed off all of the real athletes. This was also paired with the Benjamin G. Minor award -- if an award is ever named after me, I hope it's in a cooler category than "highest GPA". 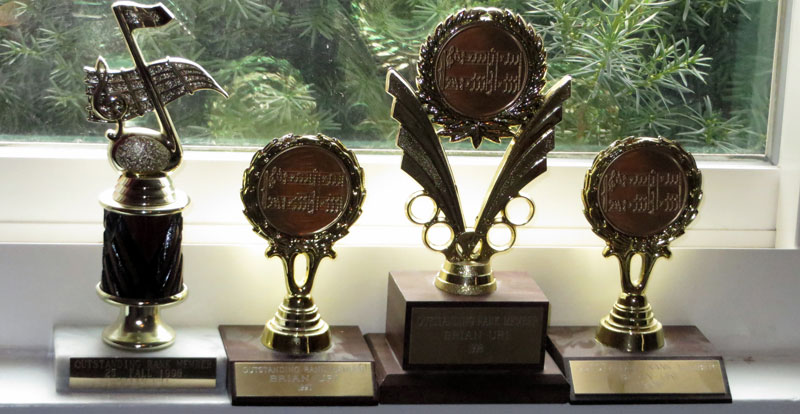 I got Outstanding Rank Member in the Marching Virginians for four straight years even though I never talked to anyone during the first two years. People were impressed that I had all of the music and drill memorized, which is not hard at all if you play the same music every year and aren't drinking at all. 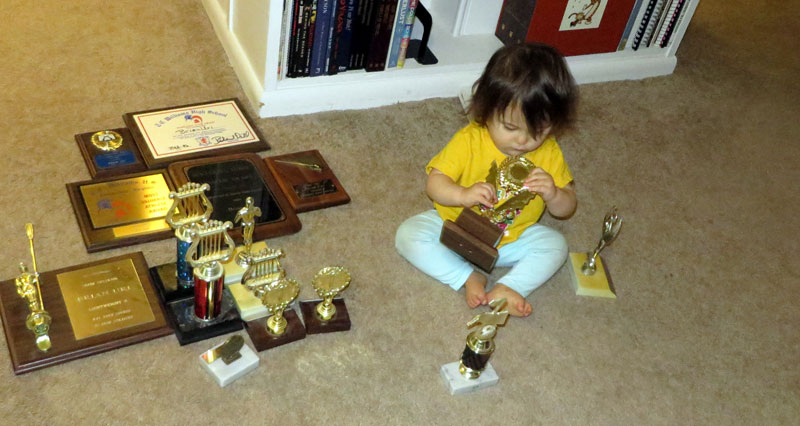 I briefly awarded all of my trophies to Maia for outstanding babyship before transferring them out to the trash bin.