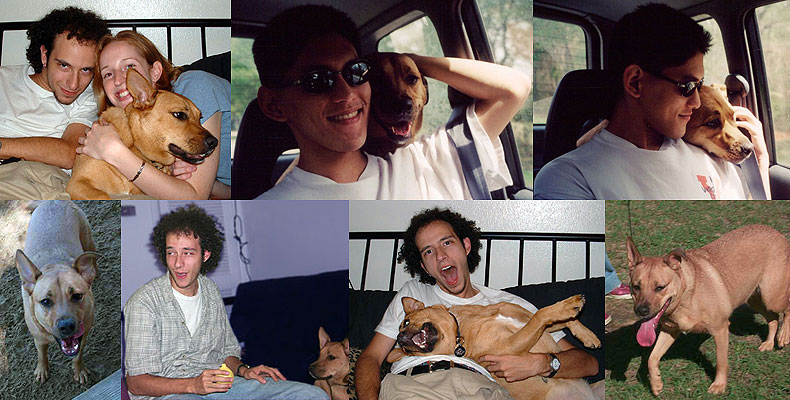 In memory of Mike's dog, Chompy, who passed away on Saturday, here are a few brief recollections...

Rest in peace, Chompy. You were a good pup. Hopefully you are allowed to lick the insides of other dogs' mouths with impunity in dog heaven!