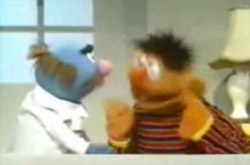 ♠ While looking for those Tropic Thunder clips for yesterday's post, I realized again how dangerous browsing YouTube can be for productivity. Last year was crowned by "Harry Potter and the Mysterious Ticking Sound", and I'd say that the two most memorable videos this year are the French Orangina commercial with the weird sexy animals, and the Ernie and Bert gangsta-rap (audio not safe for work).

♠ I don't think I could ever make it as a gangsta-rapper although I'll try anything once. I have been hard at work on my Museday expansion, which will come out next Tuesday for anyone that likes their disco records to have a Latin flair. 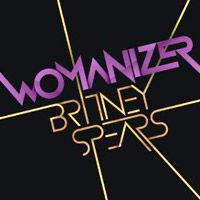 ♠ I already like this year's tune more than last year's, and even though it's less than two minutes long right now, it's far better than anything Britney Spears has released recently -- her new single has her repeating the word, "womanizer", over and over across roughly three and a half notes from the chromatic scale (The half comes from the note that would have been out of tune without Auto-Tune effects).

♠ When not working on my Museday this week, I was doing a side project restoring all the apostrophes into the 3182 comments posted here before July 2008. They had been stripped out when I migrated everything from PHP to Java, and I was originally just going to leave it that way and hope that no one would ever notice. However, I couldn't stop looking at the apostropheless comments without realizing how it made all of my readers look like morons, so I finally went through them all one by one and put them back in. Now you can easily tell when something belongs to Doobie and when someone is discussing the possibility of multiple Doobies. Im so nice. Youre welcome. 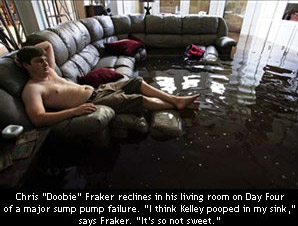 ♠ There are three other big web projects in my queue -- first I have to pick out the twenty-four Reuters pictures to be used in my (fourth) annual Pictures of the Year featurette. After that, I'd like to implement a community calendar, where people can submit birthdays, anniversaries, and events that might appeal to my readers (like free trumpet concerts and free daycare services). Instead of relying on me to remember to check my birthday list, wouldn't it be nice if the URI! Zone were intelligent enough to check those dates itself and inform everyone?

♠ The third web project will be the Brian & Rebecca wedding site which initially depends on finalizing the venues and foods, which we're planning on doing soon after the holidays. We're expecting to have the wedding on October 3, 2009 (one day less than a year from the engagement), but there's no need to write that on your calendars. For one, the URI! Zone's new COMMUNITY CALENDAR will be able to remind you about that (and each visit will auotmatically wire five dollars from your debit account to our Gift Registry, with no initial setup required). In addition, none of you are invited anyhow, probably because of your unfortunate projectile vomiting incident from our last party.

♠ Speaking of projectile vomiting, I take custody of the two gay kitty brothers, Lake and TitanPunchy, for a week of fun starting tomorrow. Plans for the weekend also include the various aformentioned web projects, a little Snood, which I have become strangely re-addicted to, and baking cookies with the parents for Christmas.

♠ The URI! Zone will be on a three-day update vacation for the next two weeks -- updates will appear on Monday through Wednesday for the rest of the year. Have a great weekend!

Man who snatched wig will have toupee

69 Rabbits discovered in one bedroom apartment