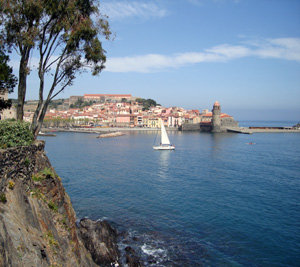 Collioure is a small town on the Mediterranean Sea that's nearly invisible on most tourist maps. Rick Steves devotes a few sentences to it in one of his guidebooks, and we thought that a town off the beaten path might be a nice "vacation within a vacation" at the 2/3rds mark of our trip. At first glance, fresh off the train, it was just a deathly silent tiny town with no vistas of interest. As we walked down the single street from the station, though, this perception changed.

First, we hit the market square where all manner of goods were being sold to the locals, including a stand selling nothing but spices and sweet-smelling herbs. This spilled out next to a long ancient drainage canal filled with ducks that led us to a beautiful Mediterranean beach with a scenic church and at least three abandoned fortresses (from the days when the border to Spain was here). Throughout our stay, it felt like we were the only tourists around, able to experience a closer approximation of normal French life while taking eight million pictures of the scenic landscape. 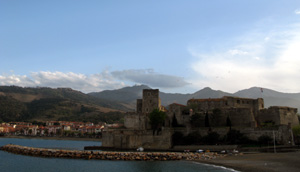 Using the excellent guide from the Tourism Office, we found a hotel room with a balcony, toilet, sink, shower, AND TV for a killer rate, run by a cute little family (without a word of English spoken) and in a central part of town. It was too early for lunch, so we wandered through the tight alleys of shops and bought hand-churned cones of ice cream (Straciatella for me and Snickers for Rebecca). When the lunch hour finally rolled around, we ordered a hand-tossed pizza and ate it next to the bay.

After lunch, we walked the grounds of an abandoned fort that's nestled in the center of the town and then took a quick siesta to make up for our early train. The weather was still warm and walking-friendly when we woke up, so we picked a random street and wandered out of town into a neighbourhood that Rebecca said reminded her greatly of California. Almost every family owned a cat, and one family even had a couple donkeys in a roped up area near the creek trail. We spent a good couple hours just wandering through the area and saying "bonjour" to friendly locals. 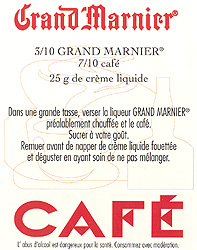 In the evening, we returned to the central town and had crepes with Nutella and Grand Marnier, an 80 proof alcohol. The crepe stand was actually just a front for selling Grand Marnier, because you could buy entire bottles there, and take free recipe cards outline all the things to sprinkle Grand Marnier on. We then treated ourselves to a full meal at a real restaurant (noodles with calamari for me, and beef with a salad for Rebecca). 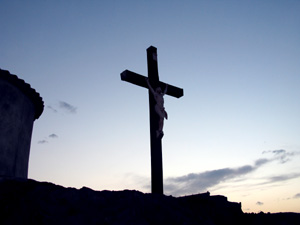 After dinner, we wandered back to the beach where a church, a chapel, and a lighthouse were all constructed in close proximity to the sea wall. Scenes like this were really the best part of our trip -- being able to experience ancient and awe-inspiring settings nestled into the rhythms of everyday life. On an unrelated note for Rob, this may be the first time I've ever been able to use the word "everyday" in a blog post rather than "every day".

The day ended (as all days should) with wine on the balcony of our hotel room.

The farther south you go, the smaller the breakfasts get -- Londoners celebrate the start of a new day with eighty pounds of spam, while breakfast in Spain is nonexistant since everyone is still asleep. French breakfasts were weak sauce, and we ultimately ended up eating a Quiche Lorraine, two oranges, and a bag of chips. We ate breakfast, did a load of laundry in our sink (just the sweaty inner stuff), and then wandered south into the unexplored part of town. We skipped some stones and invaded some private beach property, and then decided to take our books to the beach for some sun and intellectual exercise. Unfortunately, the clouds rolled in at this point and chased us to the local cafe where we warmed up and had drinks. 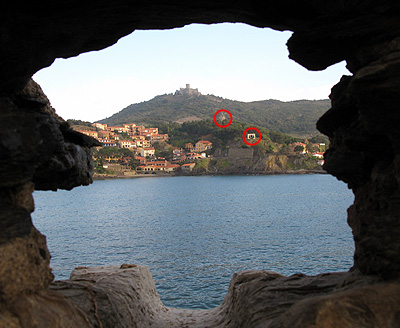 After a time, the clouds disappeared, and we decided to hike up to a peculiar gaudy arch overlooking the town (lower circle on the picture to the left). It turned out to be another chapel, and from there we decided to hit the quaint windmill (Moulin de Collioure) higher up in the treeline (the second circle). By this point, I was feeling ambitious so we decided to hike up to the fortress on top of the mountain, or at least as far as I could go until my bum knee collapsed into a quivering blob of gelatin. This hike included a brief rock scramble, but we successfully made it all the way to the top. Unfortunately, the fort was private property, but we found a scenic rock shelf and ate oranges while watching the fog roll in over the town below.

We knew it was time to hike back down when a bus full of tourists suddenly pulled up next to the fort and all manner of amateur photographers swarmed our private little party. After returning to the town, we went to the hotel for another siesta with the TV on.

There were two French commercials that stood out in my mind -- the first was for a detergent called Colon 101 where the narrator announced that there were 101 uses for COLON. The second had a cartoon girl skipping through a wonderful world singing, "In my world, there is no cancer." The commercial ends when the girl's world explodes and is replaced by a message that essentially said, "Cancer is everywhere. Wake up to the real world." I drifted off during this amazing entertainment, but Rebecca skipped siesta to watch a show in Spanish about the mating habits of zebras (to practice her Spanish for the next leg of our trip).

Our last evening in Collioure was spent eating gigantic "American" sandwiches under a playground setup, the only dry ground after an intense but brief rainstorm, and then drinking some more wine on the balcony while watching the locals come and go below.

You can view the Collioure pictures here

Songbird gets its revenge