Pictures of the Past

If you've ever strolled through my Photos page which painstakingly documents life events from the past ten years, you might be surprised to learn that there are plenty of pictures that are not in the archive -- pictures from an era of non-digital cameras, photographic plates, and Mesozoic dimetradons. It was always my intention to scan these photos so I'd have an electronic backup, but I never quite got around to it. Today, I present a very select smattering of NEVER BEFORE SEEN PHOTOS - ACT NOW for your viewing pleasure. 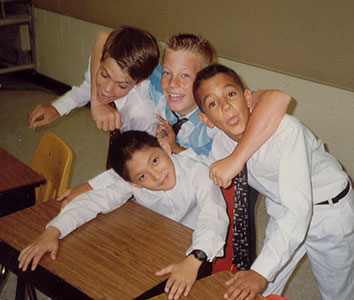 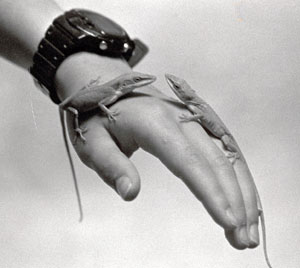 1990s: Our pet chameleons, post-cat, post-guinea-pig, pre-fish. I don't remember what we named them, but I do remember that they eventually got sick and died, to be eaten by the very crickets that were their prey. 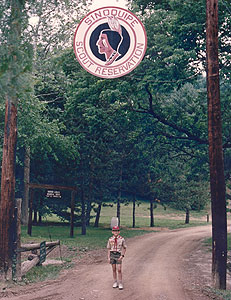 1992: Camp Sinoquipe in Pennsylvania. Boy Scout Troop 131 went here for three or four years in a row, during which I never caught a single fish. I also learned that I hate swimming in lakes, to the point where I never passed a swimming test. 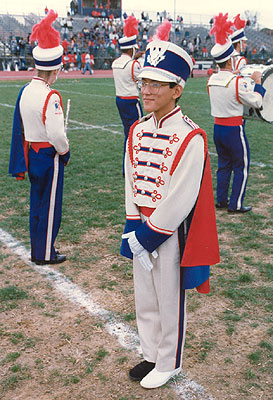 1995: Drum Major BU at the last football game of the season (we probably lost). Unless my eyes deceive me, that is Kim in the background with cummerbund akimbo. 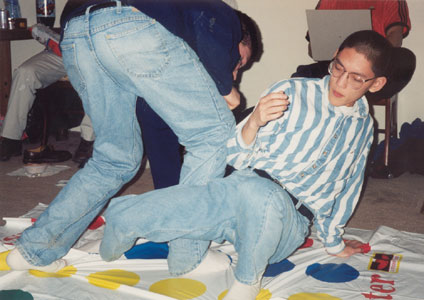 1998: Twister Championship of the World at Rosie's apartment. Pictured: Shac's ass, and BU, in that order. 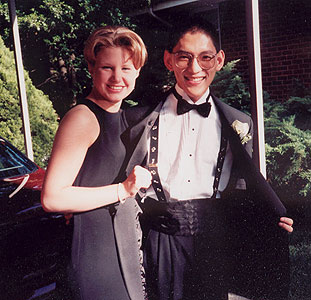 "If in doubt - go with the belt and the suspenders." - Allen Bachelder on when to use suspension chords 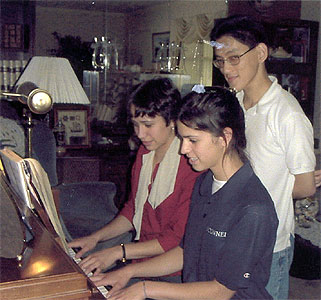 2002: Living at the Spellerberg household in the summer between grad school semesters, putting my page turning technique to work. Pictured is Anna with Halle Berry hairstyle and Emily. There was a piece of Scotch tape stuck to the picture -- I do not have a horn. 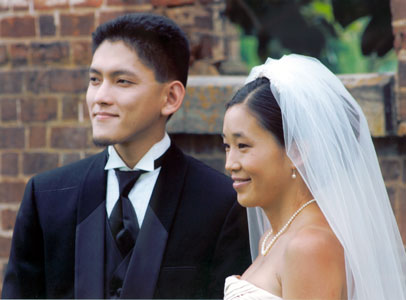 2004: In Barboursville, VA for my sister's wedding

All the works of Mozart for FREE