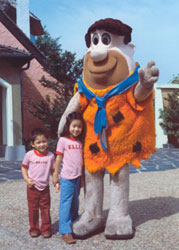 We are not disgusted by our own babies

Woman discovers coworker is her mother