This weekend I went out to Winchester with Anna, who had an extended family gathering of sorts. We were all going to go to some big Apple Blossom festival (apparently it's a big deal) but the crowds were so bad that we just had a cook-out at Anna's sister's new house.

On the way home today, I saw a guy in full fatigues with a backpack jogging along the side of the road (in the rain). About fifty yards later, I saw an old guy in a blue coat carrying a single fluorescent bulb, about six feet long. Make of that what you will. 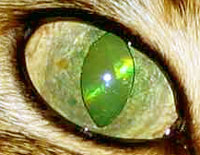 Prescription drugs have taken over the commercials on nightly television. "This is Bob" cable commericials notwithstanding, I saw five prescription drug commercials in the space of one hour on Sunday night. The commercials and their messages played so often and ran together so much that it was like a contrapuntal elegy of non-fatal side effects and scabrous limbs.

Evidently there's a new prescription drug for chronic dry eyes. Now, millions of Americans will run to their doctors based on misdiagnosed allergies and hypochondria. I'm sure there's quite a few people out there with legitimate dry eye problems which are severe enough to warrant a trade-up for a risk of heart attack, inverse constipation, and genital blistering, but everyone else should try out some home remedies first, like blinking.

The plague of judges is fast approaching

I got out and I was very upset because I realized that I was showering in our own crap [and I didn't notice for two months becuase I figured, you know, well water is brown]

Our company name was finally posted on the front of the building over the weekend, so it can now be seen from the Dulles Toll Road (you could already see the sign on the back of the building, but only from Reston). This is great PR, because we'll now get all the government officials in charge of defense spending who happen to be tooling down the road, fresh from the airport and their taxpayer-covered European vacations. They'll see FGM on the side of the building, think "That sounds like a great place to develop defense software. I could use some defense software today. And maybe a Big Gulp" and then pull into our parking lot and give us a multi-million dollar contract.

I would much rather get a man-made edifice named after me than any natural phenomena -- it must be exceedingly depressing for scientists to hear that their named insect has become extinct, and I'd never want there to be a URI! Glacier, because who knows whether that'll be around in a hundred years. However, when it comes to buildings, there's always a big fuss when the building is about to be torn down, so hopefully by then people will want to retain my name for posterity's sake and my building will get a brand new renovation out of it.

The remainder of the money not spent on naming buildings will go towards my custom-designed house which will have a secret passage, a two lane bowling alley with a pinsetter, and an indoor miniature golf course with 36 holes.

Orcs, Dwarves, and the Axis of Evil 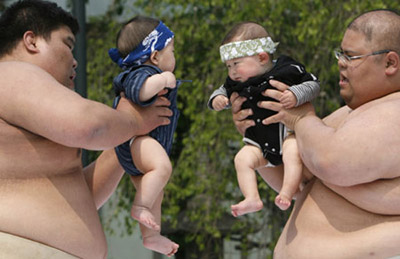 This photo was taken at the annual "Baby-cry Sumo" event, held in Tokyo on April 28, 2007. For today's contest, submit a funny caption or dialogue for this picture to the e-mail address at the bottom of this page by Sunday 6:00 PM EST, May 6th. The winner of a popular vote will get a $10 gift certificate to Amazon.com. If your caption is self-explanatory, feel free to mail it as plain text. If it's more complex, you can refer to the characters as left wrestler, left baby, right baby, and right wrestler -- I will create cartoon speech bubbles (or thought bubbles) and add the appropriate words.

For examples of what I'm looking for, take a look at these links:

I'm a little despot, short and stout, so (as usual) I have the final say in ties or ballot-stuffing. Even if you think your idea sucks, submit it to provide some healthy competition! Good luck!

I have a new Starcraft 2 Beta battle report up at battlereports.com!

I accept you. You accept me. And that's the way it will be.

Terminator, The Sarah Connor Chronicles, Season Two:
This season of TSCC (free on Amazon Prime) suffered from 24-Syndrome: No TV show is interesting enough to stretch a plot over twenty episodes. The first season was a fun throwaway show, but this one dragged on without momentum. One episode about two-thirds of the way through was told completely through dream sequences, and it has been clinically proven that dream sequences always reduce the quality of a TV show by 50% (see also, The Sopranos and LOST). The final episode mixed things up very nicely and provided some interesting hooks for a follow-on season, but the show was thankfully cancelled before it could drag on any further.

Legend of Grimrock:
This $11 indy game on Steam is a throwback to grid-based dungeon crawlers like Bard's Tale, with a real-time combat mechanism thrown in. It's a good mix of reflex-based maneuvering and (often difficult) puzzles. I got a solid 10 hours of enjoyment out of it before I got bored -- I only made it to dungeon level 5, but felt like the character progression and skill trees didn't really offer anything exciting to work towards. Then the Diablo 3 beta came out and I stopped playing completely.

Kathleen Madigan: Gone Madigan:
A fun, free hour of stand-up which has aged very well. I used to listen to Madigan on XM all of the time -- it's a good mix of (old) current events, and the usual topics without overdoing it on profanity and raunch.

The Fat Man on Game Audio: Tasty Morsels of Sonic Goodness by George Alistair Sanger:
The Fat Man was the music designer for most of computer games in my youth, and though this book has been out of print for years, a version is now available on the Kindle. With the exception of two chapters, the book is barely about working in the game audio industry, and is mostly a collection of stories and tall tales from The Fat Man's life. The content is eclectic and enjoyable, even without much of a nostalgia for the old computer game days, but the Kindle formatting is highly distracting. The layout makes me think the original book had a wacky, artsy look to it, which doesn't translate well on an e-book. Also, some of the text is actually the same color as the background, which means you can't always read every sentence.

Is the future basement dweller one of your urizonetian commenters? - Mom

The future basement dweller is Rebecca's younger cousin, who might be attending NOVA after high school, and lives 22 miles deeper into Loudoun County. Living here would reduce her daily commute to NOVA by 19 miles.

This really depends upon the nature of the competition between the involved parties.

Is it better to use spray sunscreen or lotion? - Doobie

Evidence-based decision marking shows that spray sunscreen is the clear winner here. Screw the environment. In fact, buy the Coppertone bulk spray sunscreen that comes packaged in an SUV.

Have a good weekend! Start it out right with this cover of Lady Gaga's "Bad Romance".

To note the passing of 15 years since my undergraduate composition recital last week, I put together these two videos of performances synced up with their sheet music.

Some of the notation might be a little off, as I'm now several hundred versions of Finale behind, and I find it amazing that these old files even open anymore, much less render properly.

Memory Day: The Past 10 Years

I think we've put our pre-baby years to pretty good use. 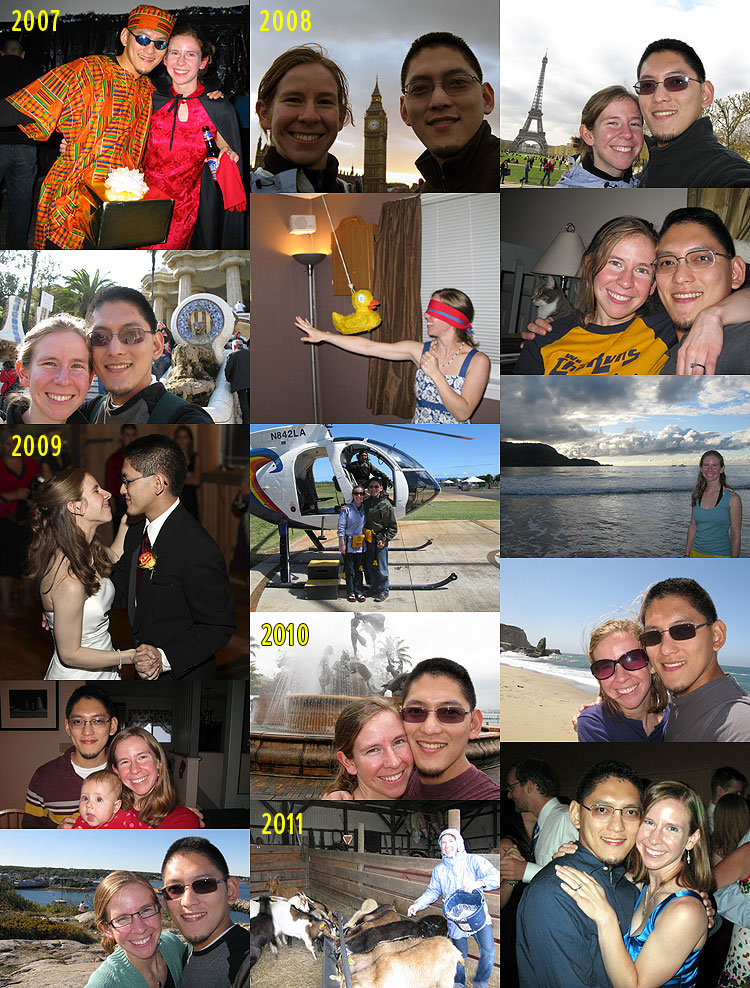 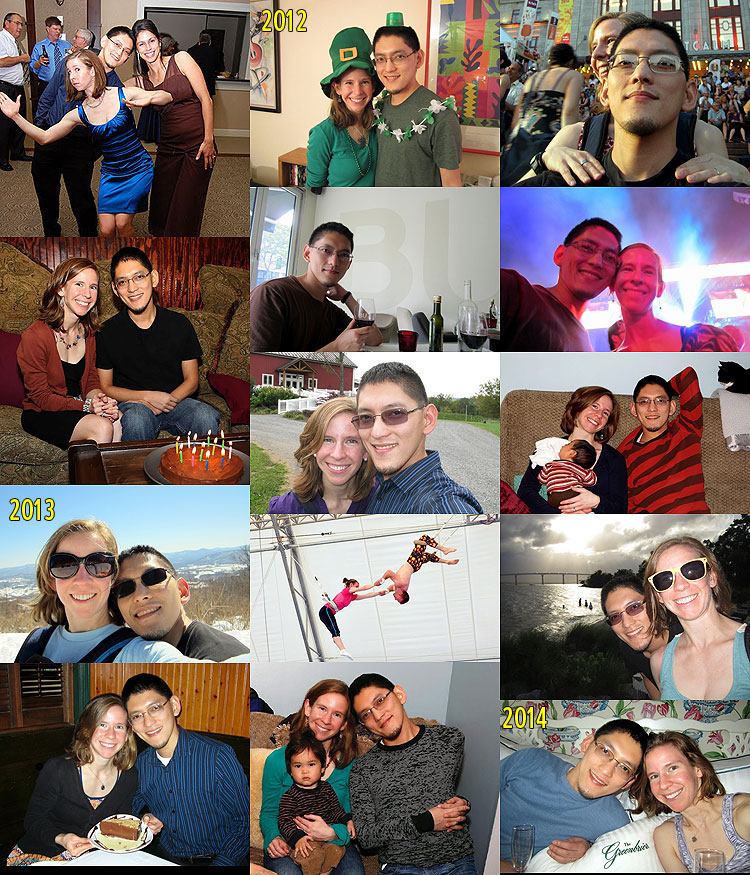 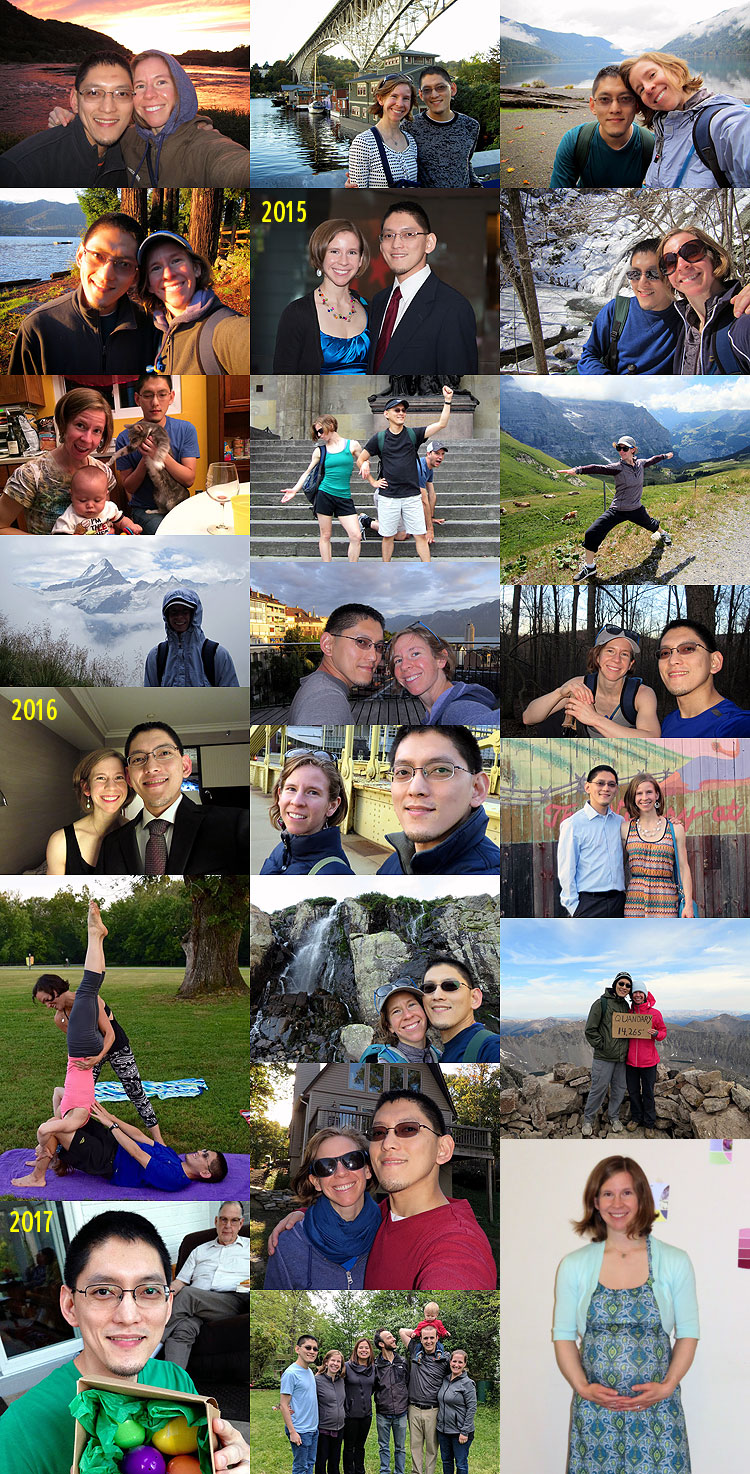 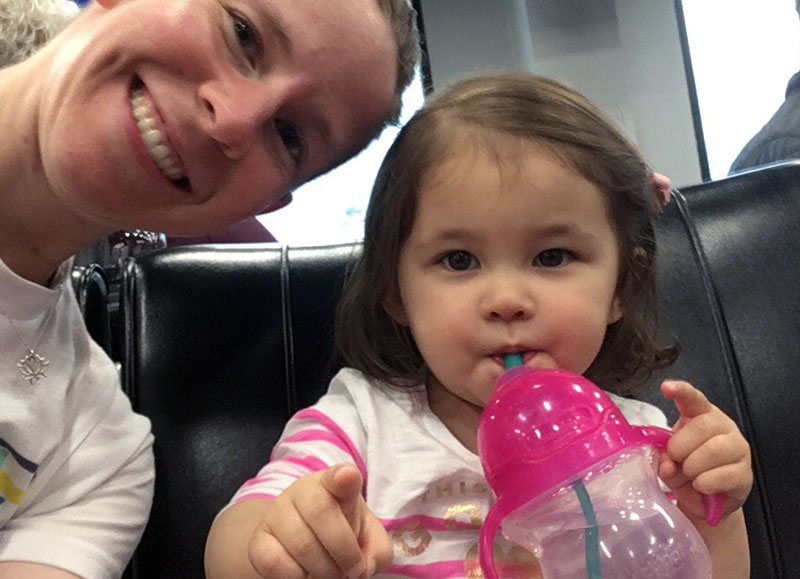 Rebecca and Maia got on a plane to Oklahoma City last night to visit the Brian and Emily Gillis family for an extended weekend, leaving me and Amber behind for a nice, quiet staycation. Things I did on my first solo night: 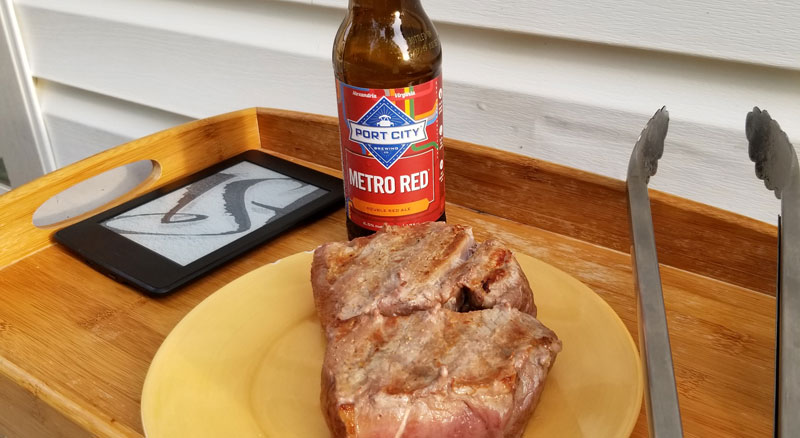 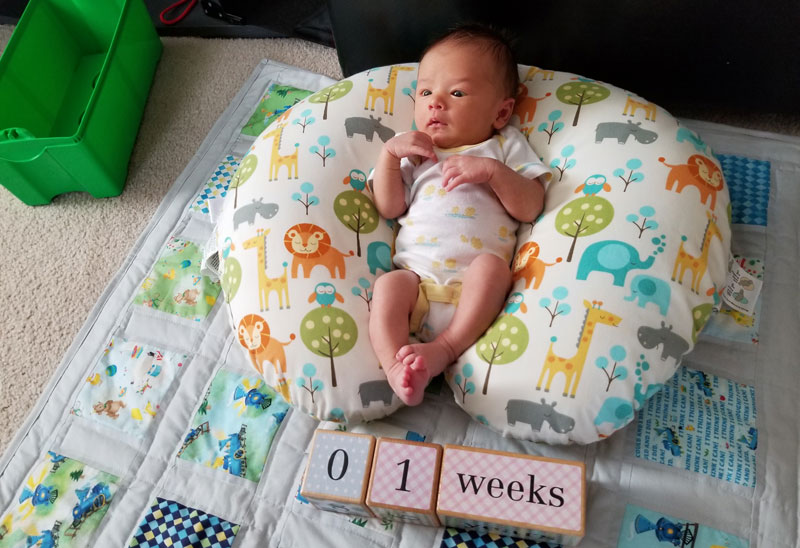 Ian is now a week old. Comparatively speaking, he is much easier to placate than Maia was at this age -- no tube feedings or all-nighters yet. He wakes up like clockwork every 1 - 3 hours, has an impressive snack (one that even impressed the lactation consultant) as quickly as possible, and then falls right back to sleep.

He doesn't display much personality yet since he only spends a little time alert and awake each day. When we change his diapers he continuously kicks his lanky legs in a effort to cover his ankles in poo like a Nutella-dipped treat.

I've taken 5 weeks off of work this time around (1 fewer than with Maia, but this time I actually get paid for all of it) and spend the days watching Maia while Rebecca recovers from her surgery. Maia and I even made a trip to the grocery store, her first in-store visit since pre-pandemic. She enjoys Ian as much as a three-year-old can before getting distracted by nearby toys or requisitioning his blankets to put on bunnies. 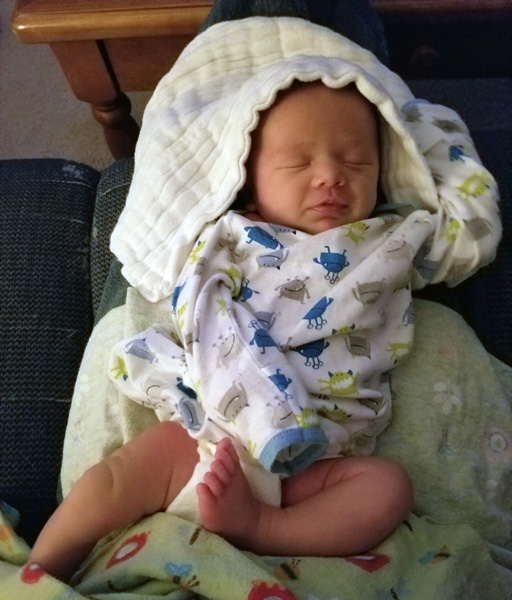