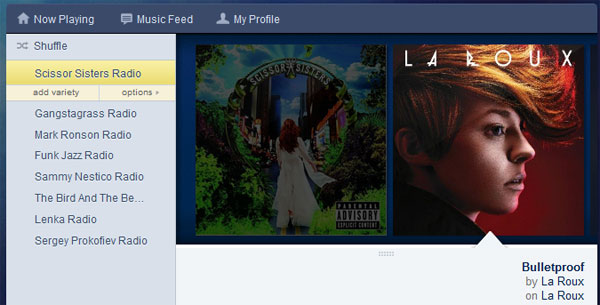 My standard operation procedure for Pandora is to start with a single artist and tailor it with ratings until the algorithm goes awry and I'm forced to delete the station. I once had a Henry Mancini station which had a pleasant mix of dinner music like Pink Martini before the Pandora robot short circuited and played nothing but the dystopian accordion tangos of The Gotan Project.

Rebecca also sometimes does workouts to a Shuffle mix of the first four stations.